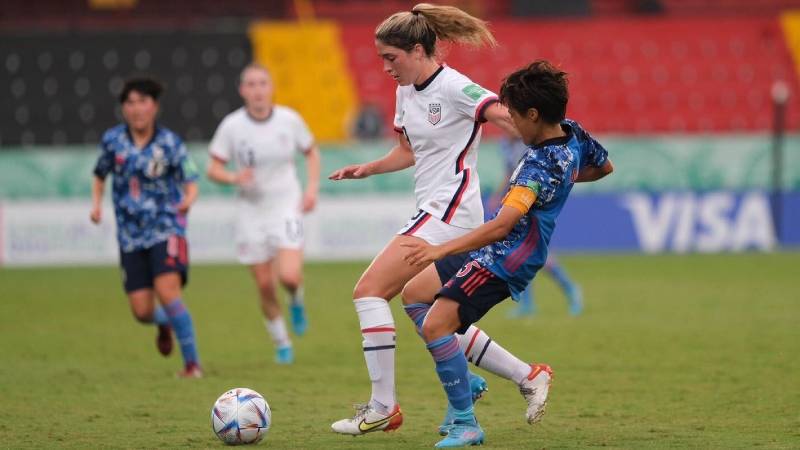 It took 180 seconds to confirm the goal. Japan’s Haruna Tabata had nodded the ball over US goalkeeper Mia Justus. But the assistant cut festivities short, ruling her offside. And VAR took its time, measuring angles and checking runs. When the referee finally pointed to the center circle — taking three whole minutes to arrive at what appeared to be the correct decision — the celebrations were raucous. Tabata’s header was the third of three slick Japan goals in the second half, sealing a 3-1 win over the US on matchday three of the U20 Women’s World Cup.

With the win, Japan advanced to the last eight, while the US faced its second consecutive group stage exit. The US had endured a difficult showing in Costa Rica. After beating Ghana thoroughly to open the tournament, a 3-0 loss to the Netherlands exposed its susceptibility on the break. And Japan exploited it, burying all three of its clear chances.

Various complications in the group stage table meant that the US had to win by two clear goals in order to advance to the last eight. Head coach Tracey Kevins fielded her strongest XI and appeared to match up well with a less athletic Japan side.

But her team never exerted total influence on the game, with the winners comfortable to hold the ball and slow play down. Japan opened the scoring in the 55th minute, and doubled its advantage 12 minutes later. And although the US clawed one back thanks to a slick move and tap in, a win never seemed likely. Tabata sealed things with three minutes of normal time remaining. With the loss, the US crashed out of the group stage of the U20 World Cup for the second straight time.

Here are three takeaways from a frustrating Wednesday evening in Costa Rica.