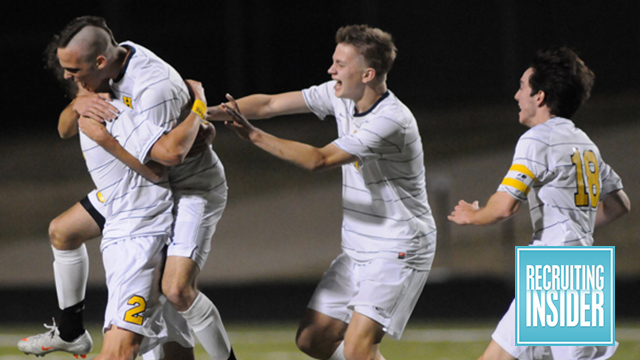 In the third installment of TopDrawerSoccer.com’s weekly piece on the recruiting process, a select few boys from across the country talk about potential schools and dream destinations.

A central midfielder with four goals and three assists on the year for Weston FC, Ismael Longo has plenty of ambition to match his talent. 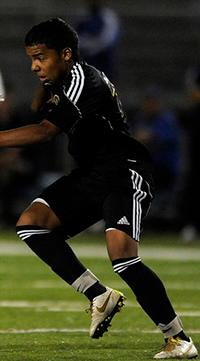 “I'm looking for a college program with good academics but mainly a competitive team who challenges for a national championship and will help me get to the next level,” he wrote TopDrawerSoccer.com in an email.

Having spent time in the U.S. U15 player pool, Longo’s lofty goals help shape his search for where to play next. He’s already made one stop on his college tour and came away intrigued by the option.

“I made a visit to USF when I was in Tampa and I was really impressed,” he said. “The way they play really suits me.”

But is this Florida resident hoping to stay in state?

“Any part of the country would be fine with me,” he said. “I hope to make my decision soon.”

In Sam Hayward’s two seasons in the Development Academy, he has scored 22 goals in 30 starts with Solar Chelsea FC. With that impressive strike rate, the highly rated junior forward has his pick of schools . . . so he wants an academic powerhouse.

“Education is the number one factor,” Hayward told TopDrawerSoccer.com over email. “In case soccer doesn't work out for me, I will need another option and an education from any of these schools will give me that opportunity.”

Those schools Hayward referenced are the four Ivy League programs currently courting the striker from Texas.

“Penn, Princeton, Harvard, and Dartmouth have expressed deep interests in me,” Hayward said. “I am very interested in all four of these Ivy League schools and hope to attend one.”

The picturesque locations of the four esteemed institutions already has Hayward excited about his schooling at wherever he decides to spend them.

“I would like to go somewhere a little more rural and not as hectic, but I'm not too picky about it,” he said. “The campuses at Penn and Harvard were in big cities but they were still breathtaking. Dartmouth and Princeton epitomized what I would like to be a part of and to live for four years.”

The prolific scorer has also considered what he is looking for in coach.

“I want a passionate coach who not only cares about soccer but about his kids and their well-being.”

Andrew Epstein is leaving his options open when it comes to college choices.

The highly regarded goalkeeper out of the Colorado Rapids Academy is talking with a few schools and has visited a handful of others.

“I have been in correspondence with Loyola Marymount, Clemson, Cornell, Dartmouth, Brown, and Wake Forest,” Epstein told TopDrawerSoccer.com over email. “And [I] have visited Denver University, Stanford, Duke, UNC, and Princeton.”

An impressive collection of programs, but all would be very fortunate to grab a player of Epstein’s quality.

“He is a kid we think long term has a lot of potential in the club,” Colorado Rapids Academy Technical Director and U18 head coach Brian Crookham told TopDrawerSoccer.com “Andrew physically is equipped to be a high level goalkeeper.”

The 16-year-old may start to knock a few schools off that list in the coming weeks.

“I don’t have any top schools yet but hope to narrow it down very soon,” Epstein said. “My dream school would have very strong academics, a competitive soccer program that can compete nationally, and is somewhere where I could develop as a player with the intent of playing professionally.”

The standout junior prospect added beyond the academic strength that the coaching style and personality are “probably the two most important” factors in his search.

A native of Argentina, Jorge Torres already has in mind what degree he’ll pursue while also playing soccer in college.

“I’m just looking for a good program soccer-wise and academically,” he wrote in an email to TopDrawerSoccer.com. “I would like to study Business in college.”

Torres, who has been a fixture for Kendall SC U16 in the Development Academy has a number of options on the table. However, he’s yet to start narrowing things down aside from programs that he’s interested in.

“I have not yet made any visits but I will be visiting a couple colleges in the coming weeks,” Torres said.

Currently playing in Florida, Torres isn’t in a rush to make a decision, and indicated that he’d definitely be willing to head out of state to play.