U14 Showcase: Some of Day 2's standouts 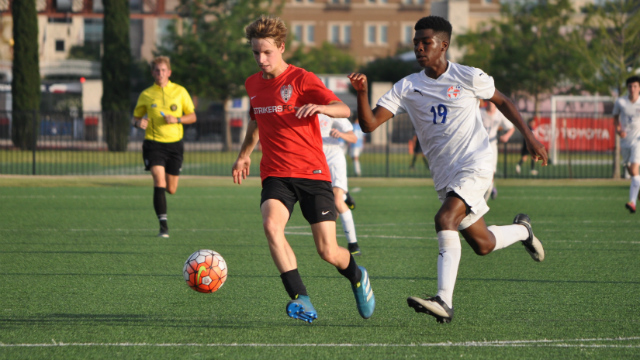 FRISCO, Texas — While the schedule had been shortened to accommodate the U.S. men’s national team Copa America semifinal, there was still plenty to talk about during Tuesday’s action at the Development Academy Showcase.

The Philadelphia Union powered past the Chicago Fire in the second Under-14 Feature game on Tuesday, as first half goals from Michael Pellegrino and Brendan Hasson paved the way to a 3-1 victory.

Among other results on Tuesday, Oakwood SC cruised past Chicago Magic PSG, winning 5-1 in the searing afternoon heat. FC Boston Bolts climbed back from a 2-0 deficit to draw 2-2 against Concorde Fire, while Orlando City scored two unanswered goals against DC United to win 2-1.

Here’s a look at some of Tuesday’s notable performances spotted at the U14 Showcase.