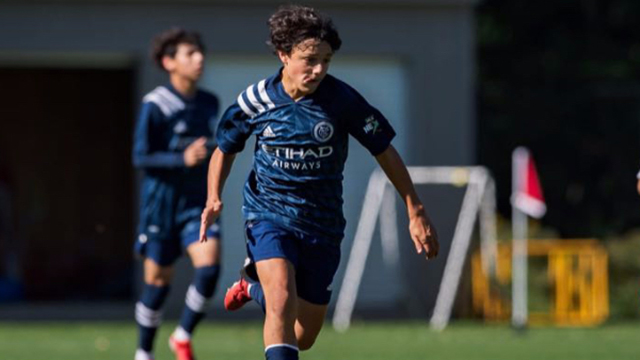 The U.S. Under-15 Men’s Youth National Team will kick off its 2022 programming with a 36-player training camp from Jan. 7-14 at the Elite Athlete Training Center in Chula Vista, Calif.

It’s the first traditional training camp for this age group since March 2020, before the onset of the global COVID-19 pandemic. The event will be held in accordance with U.S. Soccer’s comprehensive Return to Play protocols. U.S. Soccer is requiring all staff and players be fully vaccinated in order to attend YNT training camps. As a leader in the sport, the health and safety of all participants is the top priority for the Federation.

Players born on or after Jan. 1, 2007 are age-eligible for the U-15 USMNT this year. The 36-player roster is made up of 33 players born in 2007 and three born in 2008 -- midfielders Maximo Carrizo (New York City FC) and Kellan LeBlanc (Philadelphia Union) as well as forward Nimfasha Berchimas (Charlotte FC).

Dan DeGeer, head coach of the San Jose Earthquakes’ U-17s, will serve as the U-15 USMNT head coach for this training camp. Many players called to camp were involved in BioSteel YNT Regional Identification Centers this spring, one-day training sessions that bring together top players in their home regions. Twenty-two clubs are represented on the roster, including 18 Major League Soccer academies. Three players each come from Inter Miami CF, LAFC and Real Salt Lake.