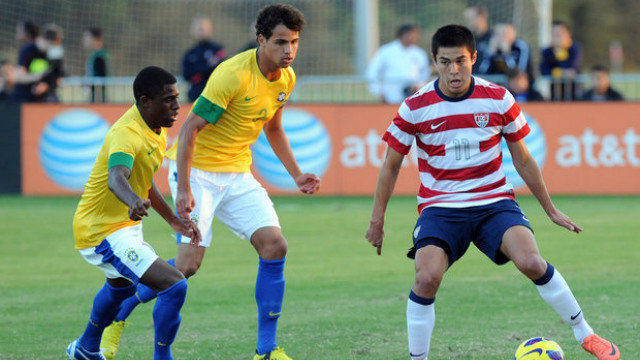 All the training time spent in Bradenton, Florida over the past year and a half – give or take – is for three games.

The U.S. U17 men’s national team is currently down in Panama, preparing for the CONCACAF qualifying tournament, attempting to punch its ticket for another World Cup, this one located in United Arab Emirates later in the year.

Twenty players identified by the U.S. coaching staff made the tournament roster, with hopes resting on their shoulders when play kicks off on April 7.

Here are five players within that group who are key to the U.S. hopes of qualifying for the World Cup:

Toward the end of 2012 and during the early part of 2013, the U17 defense struggled, shipping three or four goals per game – far from the recipe for success at the international level. One of the reasons for that was Redding’s absence through injury, and if the center back has his feet under him and stays healthy, he’ll be a big piece in the team’s run at qualifying.