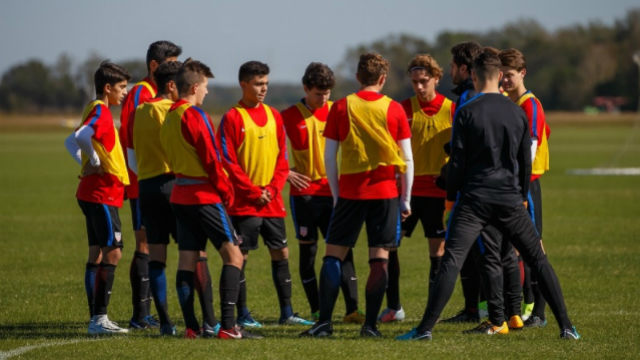 The USA will first face Mexico on Aug. 6, followed by Costa Rica on Aug. 7. After two days of rest, the U-17 MNT will face Los Ticos on Aug. 10 before concluding with El Tri on the 12th.

“Being able to travel to Central America and play two of the best teams in Concacaf gives our players and staff the opportunity to evaluate exactly where we are at in this point of the cycle,” Hackworth stated. “In addition, we continue to grow the 2002/2003 pool by selecting a few players that will represent the U.S. U-17 Men’s National Team for the first time. As we move closer to World Cup qualifying, this experience is invaluable as it is impossible to replicate what playing opponents like Mexico and Costa Rica in Central America is really like until you actually do it. The lessons these young men will learn on this trip will help them tremendously as they continue to develop.”

The U-17 MNT is more than halfway through the first year of a two-year cycle that is focused on qualifying for the next U-17 World Cup, through the 2019 Concacaf U-17 Championship. The camp marks the sixth gathering for the U-17’s during the cycle. The 2017 Nike International Friendlies marked the group’s first gathering and was followed shortly thereafter by the historic Men’s Youth National Team Summit. In February, the group assembled at the Chula Vista Elite Athlete Training Center for a domestic camp, which served as a preparation opportunity for the inaugural Sport-Chain Cup, where the USA claimed the title.

While the team’s most recent camp came at the beginning of June in Bradenton, most of the squad competed with their club teams in the 2018 U.S. Soccer Development Academy Summer Showcase and Playoffs throughout June and July. At the culminating event for the highest-level youth players in the country, the Academy Championships, New York City FC teammates Andres Jasson, Giovanni Reyna and Joseph Scally took home the U-18/19 Championship, while Seattle Sounders FC duo Alfonso Ocampo Chavez and Ray Serrano collected the U-16/17 hardware.