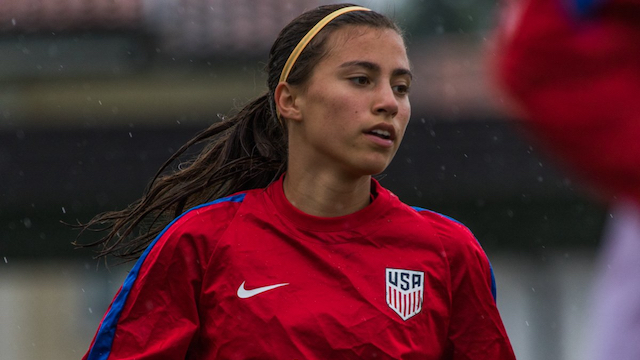 The new crop for the U.S. U17 Women’s National Team is off to a bright start. The group was in Portland, Oregon last week for a pair of friendlies against England. U.S. recorded wins in both of the games against the visitors at the Timbers Training Facility.

USA notched a 6-1 win in the first game with six different goal scorers propelling the U.S. to the lopsided win. Mia Fishel opened the scoring in the 11th minute with Ainsley Ahmadian, Makenna Morris, Lia Godfrey, Michaela Agresti, and Isabella D’Aquila following suit. D’Aquila, the So Cal Blues standout, finished the game with a goal and an assist in only 17 minutes of action. Angelina Anderson played all 90 minutes in goal for the U.S. in the opening game.

USA recorded a 6-2 win over England in the second game, as head coach Mark Carr’s teams have shown an aptitude for pouring on the goals through his tenure as a youth national team head coach.