U17 WNT travels to Slovenia, Croatia 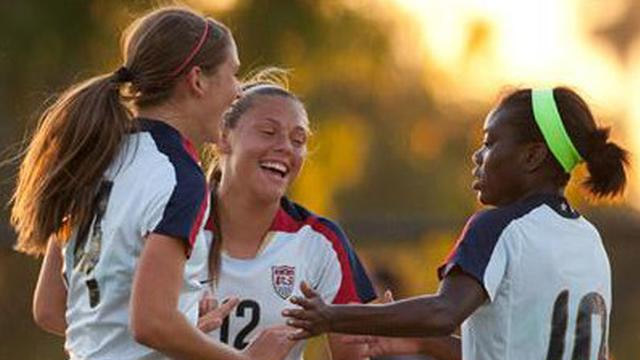 The U.S. U17 Women’s National Team s heading abroad this week, one more time before this year’s World Cup.

As part of its preparations for the upcoming tournament in Azerbaijan, the U17 squad is heading to Croatia and Slovenia for training and four matches from July 19-30.

“We were looking for an international trip a couple months before the World Cup just to make sure we had that experience as a team,” head coach Albertin Montoya said. “We haven’t traveled since we went to qualifying, we thought this trip would be very good for the girls to get used to traveling again, flying, going through the routine of doing that.”

That trip was originally intended to be to France or Germany, but the World Cup draw intervened when the French and United States were both placed into the same group for the tournament, and when the Germans were no longer available, it required a quick change. 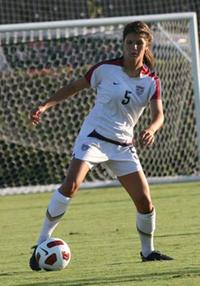 The U.S. Soccer Federation identified the new destination and opposition, as it was extremely important for Montoya to get in an overseas trip prior to the World Cup.

“It really came down to getting the team to travel and getting quality games in and that was most important for us before our next camp in August,” Montoya said.

The trip wraps up with games against Slovenian champion ZNK Pomurje on July 27 and the full Slovenia Women’s National Team on July 29.

Playing games against older teams is going to provide a huge benefit to the group, and despite the difference in experience, Montoya is going to send out his side to try and play their game and learn lessons along the way.

“We’re going to continue what we’ve been working on these last few months and with a real emphasis of controlling the tempo, keeping the ball, playing good soccer, creating plenty of opportunities in the final third,” he said.

Montoya called up a total of 20 players for the trip, with a few minor changes from the qualifying trip to Guatemala. Starting goalkeeper Jane Campbell picked up a slight injury and was replaced by Morgan Stearns, while midfielder Arielle Ship and defender Claire Wagner get a chance to impress the coaching staff.

Aside from Campbell’s absence, the same core of players returns, including Summer Green, Morgan Andrews, Brittany Basinger and Emily Bruder. The group has become an extremely close one, making trips like these all the more enjoyable.

As far as making decisions about the final roster for the World Cup, that decision is set to be made next month when Montoya will narrow down the larger player pool – though the core of the group is unlikely to change significantly.

“We have a pool of about 26 players we feel very comfortable with and the decision will be made at the August camp which 21 will travel with us to the World Cup,” he said. “There may be a change or two, it all depends on how the players are playing the next couple months, and hopefully there are no injuries.”

Performances in Slovenia and Croatia is certain to influence those final decisions, though players will get one last chance to prove their worth at a domestic camp in August.

There, Montoya and his staff will get one more chance to fine tune their team and make the last preparations for the World Cup, leaning heavily on this trip to learn as much as they can in a challenging but non-competitive environment.