U17 WNT united as one 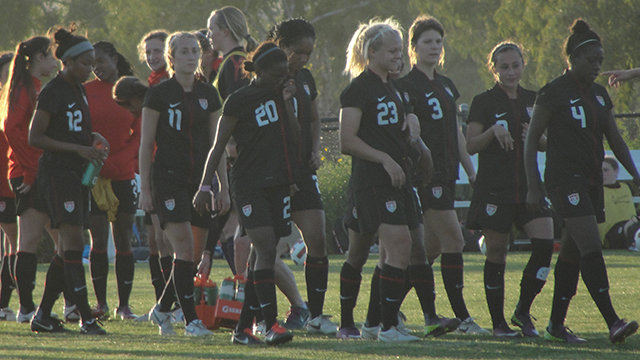 Eight months ago, Albertin Montoya took over the role as the U.S. U17 Women’s National Team head coach . . . little did he know he was taking on a new family too.

“This group has really come together,” Montoya told TopDrawerSoccer.com. “They care about each other, they respect each other, and they want what is best for each other.”

Montoya has helped facilitate this camaraderie and he hopes it will carry over into something special when the real games kick off. 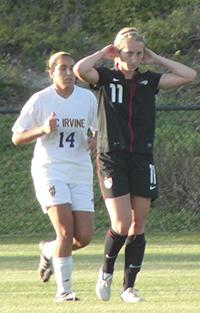 Montoya’s group finished the last camp before qualifying with every player committing to that ideology. The U17 WNT registered three shutouts in games against older opposition over the course of a week during that final camp.

“I feel very confident that we will have a good performance,” Montoya said. “Not only because of how we have been playing, but also because of team unity and the chemistry we can see day in and out.”

The coach will have a challenge of his own in the upcoming weeks, as he will have to trim the roster from 24 to 20 before departing for the CONCACAF Championship in Guatemala at the end of the month. The task will only get more difficult once he gets there with the treacherous nature of CONCACAF World Cup Qualifying on the horizon.

This age group is quite familiar with those tricky circumstances.

In 2010, the U.S. U17 WNT cruised through group play before losing in penalty kicks after a scoreless draw against Canada in the semifinal and thus failed to qualify for the World Cup.

This time around the third place team will also clinch a spot at the World Cup.

“We feel confident, going into qualifying, that we are prepared,” Montoya said. “We also know anything can happen and we have to go in and get the job done.”

The U.S. will face its first challenge on May 3, when Montoya’s squad plays Bahamas in the opening game of Group B play.

“It is one game at a time,” Montoya replied about his mindset heading into the tournament. “We have to take care of Bahamas first and that will set the tone. Right now, it is about setting the tone and getting the result.”

Even though the coach does not want to look ahead, the U.S. finds itself in a very comfortable situation paired with Bahamas, Trinidad & Tobago, and Mexico in Group B.

The setup of the event faces the teams to play those three games over a five-day period, but the coach is not terribly concerned about tired legs with both depth and fitness on his side.

“Our fitness has been good,” he said. “We are peaking at the right time. It is interesting – you have to peak at qualifying then peak again a couple of months later at the World Cup, if things go well.”

It certainly looks like things have been going well for Montoya’s group this year with six wins, two draws, and only one goal conceded since the start of the new year.

And even though his squad is littered with talented prospects, the coach knows it will take a whole team effort to keep that hot streak alive and storm through the competition in Guatemala.

U17 Training Camp Roster By Position: