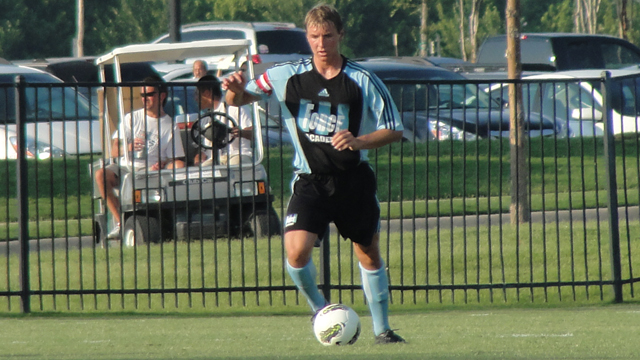 The USSF Development Academy wrapped up action on Friday from FC Dallas Park in Frisco, Texas. After a grueling week of play, the sixteen teams headed to the Finals Week have finally been determined.

While attending the playoffs, TopDrawerSoccer.com has named a Best XI from the playoffs. Take a look at the starters and nine who made the honorable mention based on their play from last week in Texas.

Check out our U16 Best XI at the Academy Playoffs 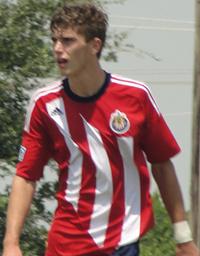 GK Andrew Harris, Baltimore Bays Chelsea (Commitment: Wake Forest '12)
While Harris had a good week (0.66 GAA), the Bays keeper deserves more recognition for his career in the Academy. Harris finished his Academy stint without losing a game at the Playoffs – a feat that likely won’t be duplicated in the future by any player with as much experience as Harris.

There were a few members of De Anza Force who deserved this spot, but at the end of the day it was the captain who led the squad to a surprising appearance at Finals Week. Amick’s defining moment came late in the clash with LA Galaxy when he threw himself in front of a shot to preserve the shutout and the win.

The rugged and determined center back showed his quality all week, helping keep his Solar defense solid and stout, setting a platform for its dangerous attack to get the job done and score plenty of goals to go on and win all three games at the playoffs.

FC Dallas didn’t allow a single goal all week, and any four of its starting back line deserves a nod here. However, Ambrose’s role as captain and his professionalism set the tone and example at the back as FCD’s domination at the Playoffs continued.

The heat and physical play got to Serna in the second game of the week against Empire United, but he responded with a masterpiece of a performance against the Dallas Texans to help the injury-depleted Rapids clinch a spot in Finals Week for the first time in club history.

The authoritative Thomsen came close to helping his team to Finals Week with some standout play, but ultimately could not overcome Chivas USA in the group play finale. Thomsen’s determination and grit made him one of the top players from Frisco.

One of the standouts on the Fusion at the Academy Playoffs, Marshall was rock-solid in his approach to the week, doing much of the dirty work as North Carolina got the results they needed to advance.

The Whitecaps have been a quality addition to the Development Academy this season, and without question Vancouver proved its worth by triumphing in its group last week. McKendry played a big role in it, scoring some vital goals and helping the Whitecaps overcome an opening day defeat.

The Academy Playoffs have given Mathers an avenue to shine, and he delivered on a couple of big occasions this week. After hitting home a nice free kick earlier in the week, Mathers scored perhaps the best goal of the week, a 45-yard bomb from distance that caught the opposing ‘keeper napping in a rampant 3-1 win.

Spencer saved the season for Chivas USA with a great goal in the 1-1 draw against New York Red Bulls on Thursday to clinch a spot at Finals Week. His tireless work as the lone striker allowed Chivas USA to have an outlet when the opposition dumped on pressure late.

The dynamic attacker for Baltimore Bays Chelsea finished the week with two goals in three games. While the output is not mesmerizing, Gamble’s game is intoxicating. It was difficult to watch the Bays play this week and not be drawn to how elusive and sharp the offensive mastermind is on the field.