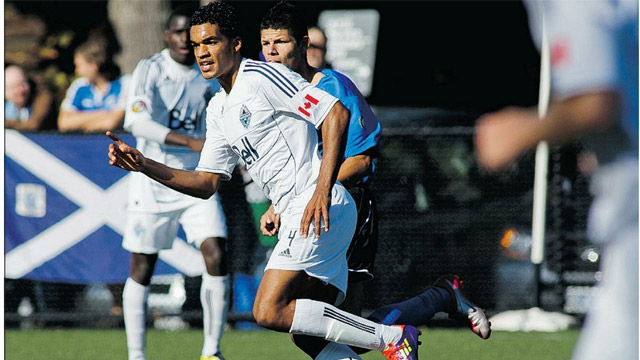 Ten long months of Development Academy soccer are in the books, and 32 teams managed to best the opposition to book playoff spots this week in Frisco, Texas.

Here’s a brief look at each U18 team, players to watch, and the schedule for the playoffs (all times local): 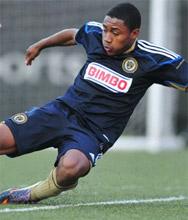 This season has been one of the most consistent of any club in the nation for Shattuck-Saint Mary’s, finishing with an overall mark of 15-3-3. The Minnesota side is out to prove it has what it takes to advance to Finals, and will get the chance against three difficult clubs.

With the rise of the Sounders FC Academy program, times Crossfire Premier (12-8-6), the last team to qualify for a playoff spot via the Wild Card route, finds itself competing for players in the same market. But Crossfire found a way, and Hamza Haddadi, the team’s leading scorer, must be able to find the back of the net for Crossfire to have a chance in this one.

Bringing an array of weapons to the playoffs is FC Delco (14-4-9), second-place finishers in the Mid-Atlantic Division. Virgina(m)-bound Darius Madison and future Georgetown Hoyas Brett Campbell and Melvin Snoh, the Philadelphia Union affiliate scored an impressive 48 goals in 27 games this year.

Rounding out the group is the North Carolina Fusion (14-7-4), which managed to snatch a playoff spot via the Wild Card process, surviving through the Atlantic Division, one of the most competitive in the country. Brandt Bronico and Warren Marshall, the latter bound for North Carolina in the fall of 2013 are set to lead the way.

The leading-scorer for Delco this season has the tools to trouble the opposition, part of an exciting attack. The Cavalier-to-be is certain to relish the last chance to dominate Development Academy opposition.

Prediction: The firepower of FC Delco should be just enough to clinch a spot at Finals Week.

Vancouver Whitecaps’ 18-5-3 record in its debut Development Academy season was not a fluke. This team is quality through and through, and the heavy favorites to advance to advance out of Group 2.

However, this group is not easy.

Pateadores (13-9-5), while a completely different roster from last year’s National Championship team, still has a very good coaching staff in George Larsen and Thomas Dooley plus a solid center back in Derek Vogel.

And the home state favorites Texans SC Houston(16-5-10) are nothing to sneeze at either. CSU Bakersfield-bound midfielder Christian Duarte and SMU-bound defender Michael King both have extensive youth national team experience.

The Home Grown striker notched 24 goals in 23 games in his first and only season in the Development Academy. His combination of speed and skill has made him nearly unstoppable for defenders across the Northwest.

Prediction: Vancouver Whitecaps advance – Clarke, Yassin Essa, and Bryce Alderson prove to be too much for the non-MLS academies.

One of the favorites in the entire U18 age group has to be the LA Galaxy (20-4-3). Boasting some of the best talent in all of South California, the likes of William Raygoza, Javan Torre, Jack McBean and Grady Howe all make the Galaxy a tough matchup.

But CASL Chelsea FC (16-4-5) is fresh off an outstanding season as well, and has the coach and players to compete with a high-flying team like LA. Guided by the national title winning Carlos Somoano, CASL knows how to knock the ball around and maintain possession. They also have experienced talent like McAmos Paye and Fernando Castellanos to call upon.

The other two teams in the group, Vardar SC (11-8-4) and De Anza Force (15-9-2) are far from pushovers, of course. The former is counting on a big week from U17 World Cup veteran Zac Carroll and Matthew Nance, while De Anza Force hopes Alfred Edmonds and Edson Cardona bring their best stuff to Frisco.

The LA homegrown signing catapulted his way onto U.S. Soccer’s radar with a breakout game for Pateadores last year. His speed and left foot make him a valuable weapon for this loaded Galaxy side.

Prediction: The CASL-LA game could very well settle the outcome of this group, and it’s hard to think the likes of McBean and Villareal upfront are unable to help the LA Galaxy secure a spot at Finals Week.

Last season, Empire United (18-6-2) made the playoffs in both age groups, but was quickly dispatched at that stage with zero points from six games.

Will this year be different?

The draw provided no favors for the New York club. With an opening game against local favorites, Dallas Texans (14-6-11), it is going to be a battle against a hostile crowd from the start.

Empire will be leaning on youth national team veterans and Syracuse-bound goalkeeper Alex Bono and midfielder Stefanos Stamoulacatos to see them through the treacherous group.

The other two squads in the pod, Colorado Rapids (10-3-8) and South Carolina United Battery (13-4-8), are very capable of winning the group as well.

While teammate Shane O’Neill stole the headlines this week with his Home Grown contract, Serna is the artist of this team. The left-footed dynamo has taken his game to another level under the guidance of Rapids first team head coach Oscar Pareja and could use this platform to prove his worth to the U20 Men’s National Team coaching staff.

Prediction: South Carolina United Battery advance. It’s tough to take a long break for high school and then return for this competition, but Battery has the pieces to overcome the challenge.

FC Dallas (24-4-3), the hosts of the 2012 Dev. Academy Playoffs are arguably the top U18 team in the country. And there’s plenty of reason for it, with a team stacked full of young talent, including Daniel Garcia (committed to North Carolina) and Michael Ambrose (Maryland). Add in the home advantage and it’s likely to be a good week for Dallas. 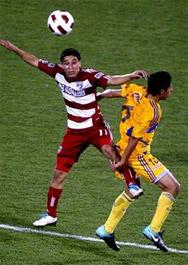 However, FCD isn’t the only MLS Academy represented in its group, and Real Salt Lake AZ (14-8-5) is going to be just as determined to seek a finals spot. Big weeks are need from Cole Nagy and Jordan Allen for RSL to have a chance at knocking off the favorites.

Making an appearance in playoffs for the first team is McLean (11-6-8). An organized and disciplined side, center back and captain Peter Lam (committed to George Mason) must help his side maintain focus throughout the week in order to spring an upset or two.

Rounding out the group is Chicago-based Sockers FC (14-6-3), which put in a fine season in the competitive Great Lakes Division. Midfielder Michael Maley (Northwestern) led his team’s scoring charts, but the defense got them this far and will need to come up big once again.

Even though he’s only just graduated from high school, Garcia is already a fixture in the U.S. U20 MNT, and one of many, many talented players in this group.

Prediction: Last season’s U18 runners up to the national title, FC Dallas has the experience, talent and home field advantage to progress.

New York Red Bulls (18-4-4) will be counting on the experience from last year’s successful run through the playoffs and into Finals Week to help traverse this tough group. The Red Bulls are one of the most complete teams at this event from goalkeeper Maximillan Brown to striker Brandon Allen.

Despite goalkeeper Jake McGuire’s quality, Chivas USA (11-2-3) has been suspect defensively this season. The young Goats have let in 11 goals in their last five games. If they can fix the leaky vessel (and get forward Ben Spencer healthy), they have a shot at pushing New York for the top spot.

Charlotte Soccer Academy (12-6-7) is also hoping to get a handful of players back on the field prior to Monday afternoon. With players battling sickness and injuries, CSA might be shorthanded for its first game against Chivas USA.

As the 32nd team in the playoffs based on points per game, New England Revolution (12-10-4) are clearly the underdogs of the group. The Revolution did give NYRB a bit of difficulty earlier this year in a 2-1 result for the New York side.

Allen finished the season with 26 goals in 25 games – best in the Development Academy. The Georgetown-bound forward is a scrappy finisher with a nose for the goal. It would behoove opponents to devote resources to slow down the New York attacker.

Prediction: New York Red Bulls advance – experience, coaching, and talent should see NYRB though one of the toughest groups.

Another group featuring an MLS Academy fresh off a strong, dominant performance in the Development Academy, the Chicago Fire (18-2-3) last lost a league game on November 20 and is another difficult team to take down. If homegrown signings Victor Pineda and Kellen Gulley come to Frisco, the other teams in Group 7 should be wary.

Providing stiff competition to the Fire is Solar Chelsea (19-6-6). Any team to navigate to a top two finish in the Texas Division can’t be discounted, especially a side featuring U.S. youth international Alfred Koroma (Akron-bound this fall) up front.

There will be no backing down to the challenge by Albertson SC (14-7-5). Forward Jake Freeman’s (playing for Harvard in the fall) impressive haul of 23 goals in 26 games is one of many assets the New York club brings to Frisco.

Rounding out the group is the Concorde Fire (12-7-6), second-place finishers in the Southeast Division. Preston Gayton, who scored 14 goals in 18 games, is going to have to play a decisive role if Concorde hopes to play their way into a Finals Week berth.

With plenty of speed to burn, Koroma is going to be a handful to stop, and he must stretch the opposing defense in order for Solar to snatch a Finals Week spot.

Prediction: As competitive as this group is, if Chicago Fire has Pineda and Gulley both available in their three games, they are the clear-cut favorites to advance.

There are three U18 teams in the Development Academy that won 20 games this season: Chicago Fire, Los Angeles Galaxy, and Baltimore Bays Chelsea (20-5-2).

The Maryland team went 20 games this season from March to June without suffering a defeat: 18-0-2. With a roster full of Division I talent, the Bays are one the favorites to win the championship.

PDA has reason to be optimistic with the return of Christian Francois to action last week against NYRB after missing 11 games. Francois, the Maryland signee, has scored 16 goals over the last two years.

Crew Soccer Academy also boosts a few stars on its roster including Akron freshman-to-be Andrew Souders who will have has hands full with the forwards in this group.

Lonestar, without the service of leading scorer Kekuta Manneh, who has moved on to the Premier Development League, will be the underdog in this group.

Highlighting goalkeeper Andrew Harris or defender Malcolm Harris (not related) would be just as apt for this section, but the brilliance of Michael Gamble is what takes Baltimore Bays from good to upper echelon.

Gamble is a wizard with the ball and makes the Bays’ offense multidimensional against opponents that are typically very conservative.

Prediction: Baltimore Bays Chelsea advance. The Bays have the edge in experience in these settings after multiple triumphs over the last few seasons.