Six weekends. That’s all that stood between USSF Development Academy teams and the playoffs as we headed into last weekend’s full slate of matches across the country. Without further delay, let’s jump right into the action from May 14-15.

Team of the week: Pateadores

The controversy surrounding Pateadores and their fielding of a couple ineligible players is well documented, but they’ve bounced back in the best way possible, winning both their games this weekend to stay in the hunt for a wild card spot. 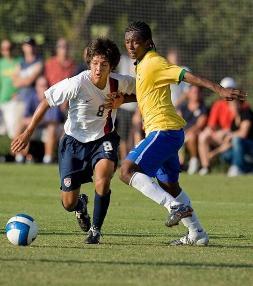 Edson Lemus
Pateadores defeated Chivas USA 2-1 on Saturday before coming from behind to beat LA Galaxy on Sunday. Riley Wolfe (Duke) gave the Galaxy a 1-0 lead with a 14th minute goal but Maxxwell Bauman, Jefrey Payeras and Irvin Parra-Anaya struck for Pateadores to give them a 3-2 victory.

Things have majorly tightened up at the top of the SoCal Division with leaders Arsenal FC dropping a shock 2-1 loss to San Diego Surf. Second-placed Chivas USA missed a golden opportunity to take over the top spot dropping the 2-1 game to Pateadores then dropping another 2-1 result to Irvine Strikers on Sunday. Chivas USA looked to be headed towards victory against Irvine through an Edson Lemus goal, but two goals in the last ten minutes from William Delphin and Tyler Simkins (California) earned Strikers all three points.

Real Salt Lake-AZ is still lurking around after beating Cal Odyssey 2-1 behind goals from Ari Sanchez and Maikon Orrellana. It was a good weekend for Odyssey though as they took over top spot in the Northwest Division through their Saturday win over San Jose Earthquakes behind two goals from Villyan Bijev and a late winner through Jesus Garcia.

A very light schedule in the South Conference saw just a couple of games as North Carolina Fusion and North Meck SC played to a 1-1 draw. An 11th minute goal from Erick Suarez put North Meck in the lead, but Fusion pulled level through a 60th minute strike from Alec Rotunda. North Carolina Fusion are very likely headed to a wild card playoff spot as they sit in second place with the top 12 wild card teams advancing.

Clearwater Chargers playoff hopes took a big hit over the weekend as they lost 3-1 to Kendall SC. In an extremely heated match that saw three red cards, Kyle Eichhof gave Clearwater a halftime lead. However, Kendall would come up huge late with three goals in the last 15 minutes through Ivan Shapiro, Tony Quiroz and Matthew Treumun to win 3-1.

Team of the week: Real Colorado

What a weekend it was for Real Colorado in the Midwest. Winning games against MLS sides Colorado Rapids and Sporting Kansas City, Real jumped to the top of the division standings. In a hugely important game against Sporting on Saturday afternoon, it was all Real Colorado winning 5-1. Jake Gilchrist-Dudley opened the scoring early and a hat-trick from Taylor Hunter would finish things off in the emphatic win.

On Sunday, it was another fantastic performance against Colorado Rapids. Dustin Berg (New Mexico), Amadou Dia and Santiago Velez (Ohio State) provided the scoring in this one as Real Colorado defeated their in-state rivals 3-1. 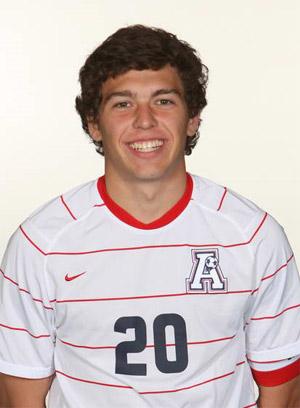 Grant Grafentin
Colorado Rush also had a fantastic weekend, beating the same Colorado and Kansas City sides 1-0 and 2-0 respectively to vault themselves up the table.

In the Minnesota derby it was Shattuck-Saint Mary’s and Minnesota Thunder tying 2-2. Gerald Ben and Trevor Flynn gave Thunder a 2-0 halftime lead, but goals from Maxime Dierssen-Morice and Eddosa Muhammed forced the teams to split the points.

In the Great Lakes Division, Derby County Wolves kept their slight hold on the division beating Chicago Magic 3-0 on Saturday afternoon. Goals from TJ VanSlooten (Michigan), Grant Chong and Nermin Crnkic sealed that victory. However, Wolves would stumble to a 2-0 loss on Sunday to Chicago Fire with goals coming from Homegrown-signed Victor Pineda and Fillipe Cortez.

Cleveland-based Internationals sealed a huge victory on Saturday afternoon beating Indiana United 3-2, pulling into a tie for second place in the division with two games in hand. Amazingly, with between 4 and 6 games left for most teams, just 6 points separates 1st through 8th in the hyper-competitive division.

Down in Texas, FC Dallas beat Texas Rush by an emphatic 5-1 scoreline to pull even at the top of the division with Lonestar SC. Dallas holds a vital game in hand on the Austin-based side, as things have become a two-horse race with four games to play.

Dallas Texans are still hanging around five points behind the leaders, however, as they beat Houston Dynamo 2-0 this weekend behind goals from Kingsley Bryce and Clint Ritter (Furman). Andromeda pulled themselves into the 12th and final wild card spot beating Texas Rush 2-1 with goals coming from Caleb Sherer and Grant Grafentin.

Team of the week: PA Classics

PA Classics remains the team of the week as they won their third and fourth straight games to remain at the top of the Mid-Atlantic Division. Classics struggled a bit on Saturday against last-placed Potomac, but finally found the winning goal through Austin Martz in the 81st minute to win 1-0. On Sunday, in one of the games of the weekend nationally, Classics defeated second-placed DC United 3-2 behind goals from John Grosh, Kelton Cheney and Martz with Lester Dewee and Marcus Salandy-Defour scoring for DC.

Baltimore Bays Chelsea moved back into contention with two shutout wins on the weekend. On Saturday, it was Malcolm Harris scoring twice and Seth Moses adding a third in their 3-0 win while Michael Gamble and Ishmaiah Calwrie scored on Sunday to give them a 2-0 victory over NJSA.