U18 MNT impresses in front of key people 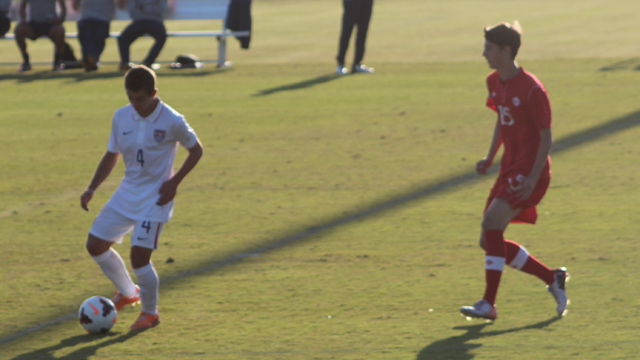 The U.S. U18 Men’s National Team continued its trek to the 2017 U20 World Cup on Tuesday with an international friendly against Canada at the National Training Center in Carson, Calif. The friendly, which the U.S. won 2-1, was the first for the 1997 age group in its second camp of 2014.

U18 MNT head coach Javier Perez talked to TopDrawerSoccer.com after the game about his squad’s performance, playing in front of Tab Ramos and Jurgen Klinsmann, and preparing for Mexico on Saturday.