U18 WNT heads to 12 Nations Tournament 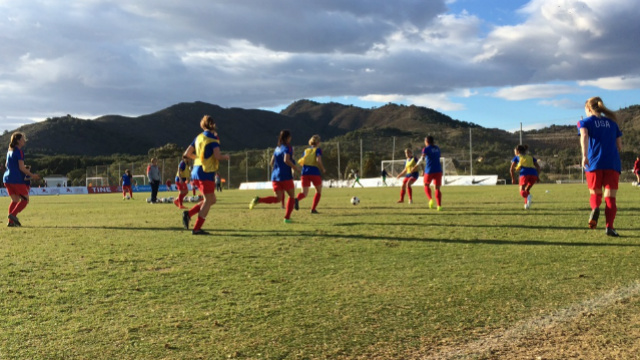 The U.S. Under-18 Women’s National Team will travel to Spain from Feb. 24-March 7 to play three games in the Women’s U-19 La Manga 12 Nations Tournament. The friendly competition is for players born on or after January 1, 1999.

The USA will face England first on March 2, followed by the Netherlands on March 4 and finish against Norway on March 6. The other countries coming to the competition – teams the USA will not play – are Denmark, France, Italy, Scotland, Sweden, Iceland, the Czech Republic and Switzerland.

The squad is a mixture of collegiate and youth club players with six already enrolled in college that includes three players who were a part of USA’s 2016 U-17 Women’s World Cup Team in goalkeeper Meagan McClelland, defender Emily Smith and midfielder Sydney Zandi.