U18s struggle to adjust against Uruguay 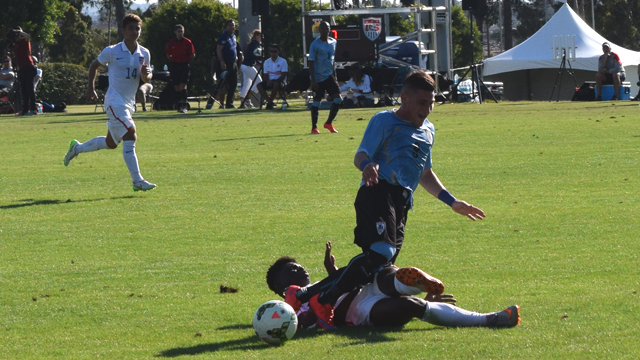 CARSON, California - The U.S. U18 Men’s National Team started the NTC Invitational with a 2-1 loss to Uruguay on Saturday. There were some highs and lows from the performance from the U.S..

TopDrawerSoccer was on hand for the action and takes a look at the U.S.’s showing against the South American side.

The player pool for the U.S. U18 MNT had to expand for this game. With a number of players unavailable for one reason or another, the U.S. staff called in U17 MNT defenders Alexis Velela and Hugo Arellano, who were not initially on the roster for this tournament. Arellano earned a starting spot in Saturday’s game. The UCLA commit did well in individual situations throughout the game.