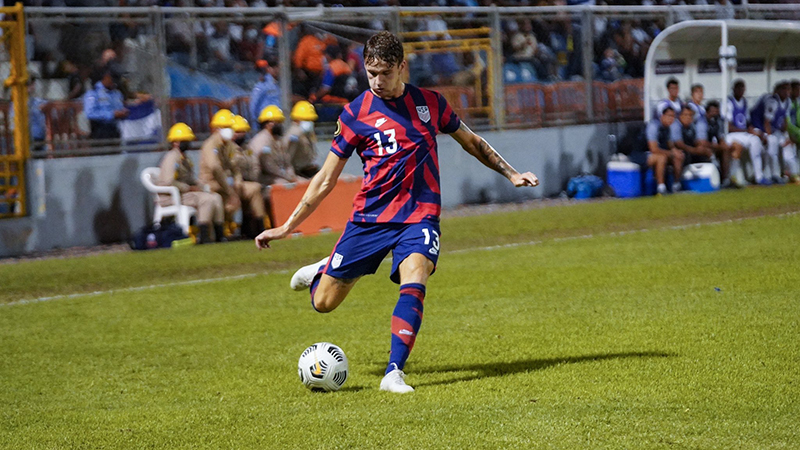 For the first time since 2008, a U.S. men's team will compete in soccer at the Olympics.

With the 2023 U20 Concacaf Championship serving as an Olympic qulaifier, the U.S. secured a spot with a 3-0 win on Friday night against host side Honduras.

Another early goal from Paxten Aaronson set the U.S. on course for the victory. Three minutes into the contest, a quick free kick from Brandan Craig found the darting run of Aaronson in the box, and he glanced home the first goal.

Alejandro Alvarado picked the perfect time to score his first goal of the competition in the 22nd minute. Engineering it was Mauricio Cuevas, who picked out Alvarado's run in the box. The midfielder side-footed it home to double the lead.

The first half (and game) scoring was complete in the 43rd minute. Caden Clark slipped in behind the Honduras back line, rounded the 'keeper, and a clearance attempt fell to the feet of Quinn Sullivan, to make it 3-0.

The U.S. play in Sunday's final against the Dominican Republic to wrap up the competition. U20 World Cup and Olympic qualification are both confirmed.