With the February update of the Players To Watch 2012 Girls Top 100 National Ranking, it is evident that a few perennial powerhouses are on their way to a strong recruiting class with this year’s high school juniors, but none more so than North Carolina. 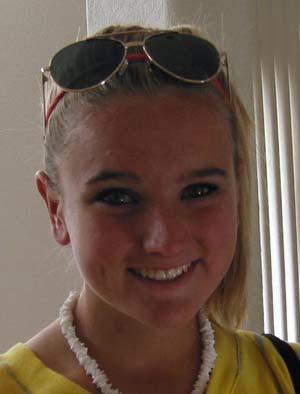 Lindsey Horan
The Tar Heels currently boast 3 of the top 5 players on the list, including one player, Colorado and U17 WNT forward Lindsey Horan replacing Florida and U20 WNT goalkeeper Bryane Heaberlin at the #1 spot for the month. Heaberlin is still a goalkeeper for whom the sky is the limit, but a broken leg suffered in a high school game will have her on the sidelines for a little while longer, so we’ll shuffle the deck a bit at the top. San Diego Surf standout Laura Liedle is also committed to North Carolina, and she’s #2 on our February list.

Other schools well represented on the list include national champion Notre Dame, national runner-up Stanford, Maryland, Duke, Virginia and Texas. Some other schools doing well with this class include Kentucky, Illinois and LSU.

The lists are based on persistent feedback from club, college and other coaching observers from around the country, and assimilation by our staff. There is no question that at some level, due to the necessity of an eyeball test, the ranking list is subjective, but we take them very seriously.