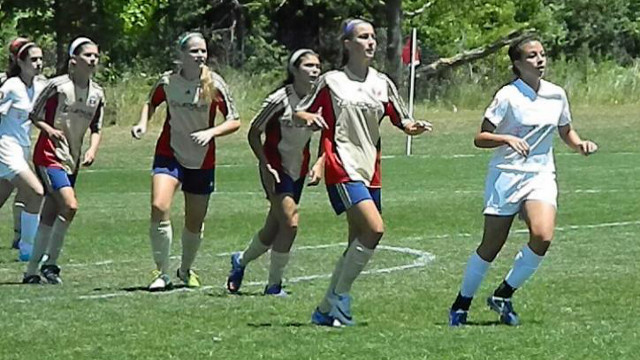 A couple of star-studded ECNL teams with multiple U.S. U17 Women’s National Team members on the roster suffered their first defeats of the season over the weekend. Find out who knocked off the top dogs in the ECNL weekend recap below.

De Anza Force improved to 3-0-0 in conference play on Saturday with a 6-1 thrashing of San Juan Soccer Club. Forward Kayla Fong netted a hat trick in the result to push her season tally to eight goals in six games. U.S. U14 Girls National Team midfielder Luca Deza had two assists.

Players Development Academy continues to smash the competition in the Northeast Conference in the early stage of the season. PDA beat East Meadow Soccer Club 7-0 on Sunday to improve to 5-0-0 in conference play with a goal differential of plus 25. Since a 3-1 win over FC Stars of Massachusetts on opening weekend, PDA has gone four games without conceding a goal. 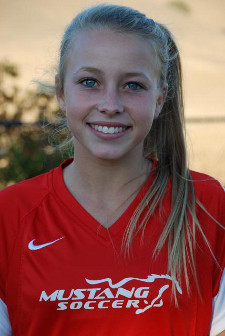 Ariel Diaz notched two goals in a 3-1 win for FC Dallas over Lonestar on Saturday to push her season tally to nine goals in seven games. Across the state, Challenge SC topped D’Feeters 1-0 to keep pace with FC Dallas at the top of the conference standings. Sabrina Segovia scored the lone goal with Jazmin Grant providing the assist.

Morgan McGarry had two assists on goals by Rachel Speros and Olivia Torres as Mustang SC beat Pleasanton Rage 2-0 on Saturday in a Northwest Conference showdown. McGarry leads the team in scoring with one goal and seven assists in six games.

TSC Hurricane gave Dallas Texans their first loss of the season on Saturday in 3-1 result. Jordan Langebartels was the key for the Hurricane victory with two goals and an assist on the day. Madison Verge provided the other goal and also had an assist. Courtney Lyles scored the lone goal for the Texas club.

With a 4-0 win over FC Wisconsin Eclipse, Michigan Hawks continued its perfect start to the season. The Hawks are 4-0-0 on the year with 16 goals for and 0 goals against. A road trip to Saint Louis is on the docket for the weekend with games against SLSG-Metro and SLSG.

Texas A&M commit Emily Bates scored three goals for Dallas Texans in a 5-0 win over TSC Hurricane on Saturday. Brooke Hartsock provided the other two tallies in the one-sided affair. Bates, 12 goals, five assists, is the top scorer in the Texas Conference. The Aggies verbal commit has also managed to outscore over half of the teams in the conference.

Orlando City YS and CASL Chelsea Ladies played to a 1-1 draw on Sunday. Ruvimbo Mucherera scored the lone goal for the Florida club. On Saturday, Mucherera had two assists in a 3-0 win for Orlando City over Charlotte Soccer Academy. CASL is still top of the Southeast Conference standings at this early stage of the season.

The high-pressure, suffocating defense of Sporting Blue Valley claimed another victory on Saturday. Sporting beat Sockers FC 6-2 with five different players finding the back of the net for the victors. Portland commit Madeline Dieker led the way with a goal and two assists. Haley Hanson, Hannah Lukinac, Abigail Sieperda, and Savannah Trujillo also scored for Sporting.

SC Del Sol notched two big wins over the weekend with 2-1 results against Heat FC and Las Vegas Premier. The Arizona club is at the top of the Mountain West Conference with a 3-1-0 mark. Kyle Escobedo and Jazmarie Mader linked up for both of the games against Las Vegas Premier on Saturday. On Sunday, Tessa Zaccagnio and Escobedo provided the goals to help SC Del Sol beat Heat FC.

Colorado Rush and Colorado Storm, the top two teams in the Mountain West Conference, played to a 0-0 draw on Sunday. Rush retains the top spot in the conference due to playing more games at this point of the season.