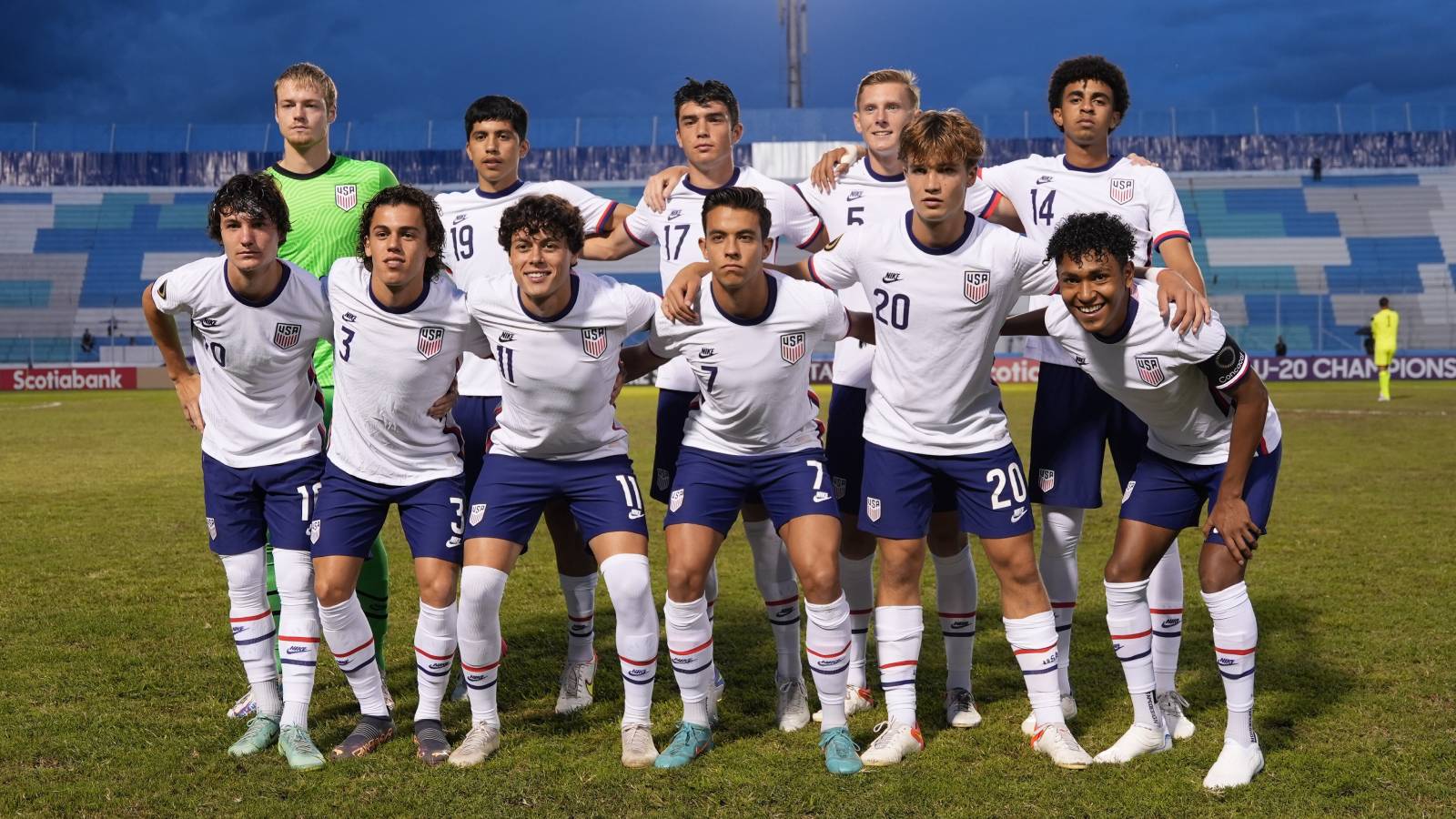 The US only needed 15 seconds to go from one end of the pitch to the other. A series of swift passes started from the American 18 yard box, and finished, a quarter of a minute later — with the ball in the Cuban top left corner.

That flowing counter attack, emphatically finished by Quinn Sullivan, was the second of three US goals in its final group stage match of the Concacaf Championship. After two games of occasional, fleeting moments, of potential Mikey Varas’ team strung together a consistent 45 minutes, turning in a performance that indicated just what this squad might be capable of.

Sullivan bagged a hat-trick to complete a prolific first half. But it was the nature of the goals that would likely have delighted Varas. The ball slid seamlessly over a muddy Honduras pitch, and the movement of the US’ front three dizzied Cuba’s back four. Paxten Aaronson was at the center of it all, finding angles and passing the ball neatly in the final third. The Philadelphia Union forward finished with two assists on the night.

3 American goals in the first half set things up for a solid second. Though the U20s didn’t have the same punch after the break, they controlled the game, limiting Cuba to only three second half shots — securing a satisfying shutout.

Still, Wednesday night’s contest was defined by the attacking display of the first 45 minutes, as all three goals were memorable.

The opener was slick. Among a move of three swift passes, it was the first ball that did the damage. Aaronson slipped a pass through to Caden Clark, who had timed his diagonal run perfectly. Clark only needed a few paces to look up and drill a ball to the back post, which Sullivan tucked away.

Sullivan’s second was similarly smooth, the conclusion of a pacey counterattack to give the US a 2-0 lead within 20 minutes. It was a goal that drew an animated reaction from Varas, a response to the speedy movement the coach has tried to get out of the group.

Cuba held on for most of the rest of the half. Though they offered little going forward, a series of timely tackles and a disciplined defense kept the US largely away from goal.

It could do little about the third, though. Aaronson dropped deep from his false 9 role, picking up the ball near the halfway line. He then pivoted onto his right foot, before curling a ball in behind the defensive line. Sullivan met the pass in stride, and calmly finished for a 3-0 lead within two minutes of half time.

The U20s cut a different side after the break. Sullivan and Aaronson were substituted in favor of Diego Luna and Tyler Wolff, making up a new front three. That unit wasn’t as successful, as the attack lacked the same fluidity that had defined its play in the first half. There was the injection of pace here, a silky move there, but nothing cohesive ever came together for the U20s.

Still, it was the case of a job done, a group topped. And as the U20s head into the knockout stages this weekend, they will do so as a more complete, more confident team.