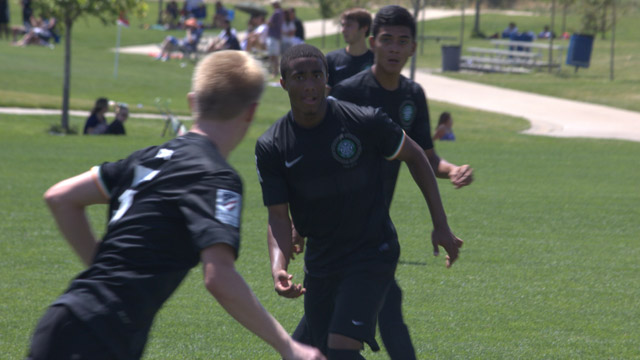 AURORA, Colo. – Some of the best players in club soccer were in Colorado for the NPL Champions Cup. Some went home earlier than others, but all left a lasting impression.

By the end, nobody stood higher PDA 1997’s Jalil Blalock, our MVP of the NPL Champions Cup. He blitzed past and through defenders, marking him as the most unpredictable and best scorer through the five-day tournament. Here are the 11 best performers in the Boys’ division:

F: Jalil Blalock, U15, PDA 1997 – Blalock scored eight goals in the tournament as he constantly and creatively beat defenders to the net. He also had the best celebration when he did a backflip after scoring the game-winner over Albertson SC 1997 in the semifinals.