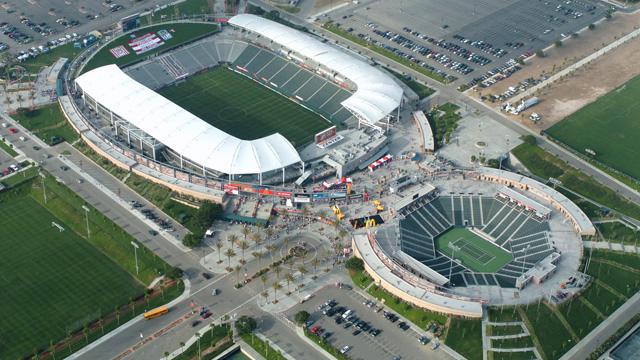 CARSON, California - If the hoard of parents waving proudly from the sidelines wasn’t a dead giveaway, then surely the miniature nature of the players on the field was.

The first-timers have arrived. The annual U14 Boys National Team Identification Camp has kicked off at the Home Depot Center in an event that will introduce young players – and proud parents – to the U.S. Soccer program.

Coach Manny Schellscheidt and staff have called in 80 fresh-faced players, born in 1998 or 1999, who will train together twice a day from now through Saturday. The daily training sessions and scrimmages give coaches the opportunity to evaluate players for future call-ups to the national team.

It was quite the scene on Monday when the collection of antsy players spilled onto the field for their first taste of intrasquad scrimmages. Half of the group has been pulled from each region of ODP while the other half has been scouted separately.

In a wrinkle from previous identification camps, the group is scrimmaging in smaller squads than in years past. On Monday, the U14s faced off in 7v7 matches with players subbing in and out of the sessions. The overall camp roster is also smaller by about 40 players, and many of the players were identified through the U.S. Soccer Training Centers held around the country for the past year or so.

Despite the inexperience across the board, many players looked loose and showed good awareness.

Some of the early strong performers included defender Trey Vinson, of the Prince William Soccer Inc. in Virginia. Vinson is further along physically than a lot of his peers, and has good height and athleticism. He can be a big clogging presence on the backline but was also smooth getting the ball forward. 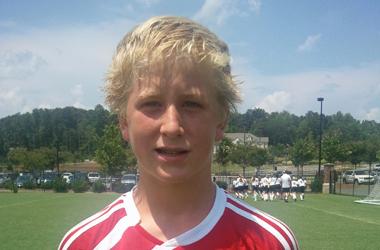 Teaming with Vinson was Andrew Romig, a Richmond Kickers goalkeeper who was quite the presence. Romig was very vocal with his newfound teammates and put himself in good positions for shot-stopping.

Other intriguing performers included Folasanmi Adetola, of DC United Youth Academy. Adetola is a shifty striker who is lighting fast when running downhill. His speed doesn’t seem to be interrupted with the ball at his feet and he’ll be a player worth watching.

New York Soccer Club’s Sean Teixeira is a left-footed forward who positions himself for scoring opportunities. He is solid in front of the net and doesn’t hesitate to put away a shot.
Haji Adbikadir of United FC in Louisville is a small attacker who showed flashes of being dynamic. He is a tough cover 1v1 but sometimes runs into trouble.

Ethan Lotenero of Southern Californian club CZ Elite showed off good shooting range and a powerful leg as he let off a couple of powerful strikes.

TopDrawerSoccer.com will be reporting from the camp all week.