U.S. U15 BNT starts better than before 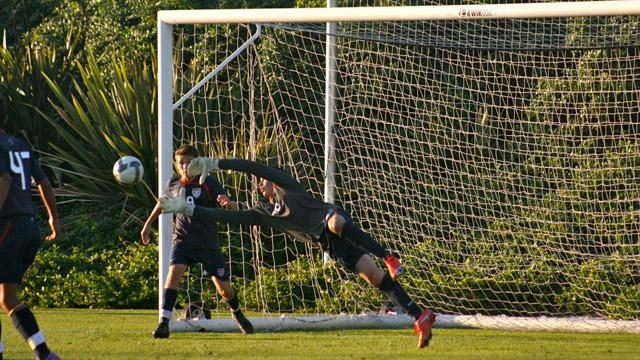 Carson, Calif. – After a light first day, the U.S. U15 BNT continued their weeklong training camp on Monday morning with a more physical practice at the grounds of the Home Depot Center.

Under the direction of Head Coach Jim Barlow, the 36 players were put through several drills that emphasized possession and mental preparation.

“I thought this was a good session, the group looks like we have a better starting point than what we had last couple of camps in terms of alertness and overall sharpness,” Barlow said. “I thought the training session was competitive and there were moments where the soccer came to life.” 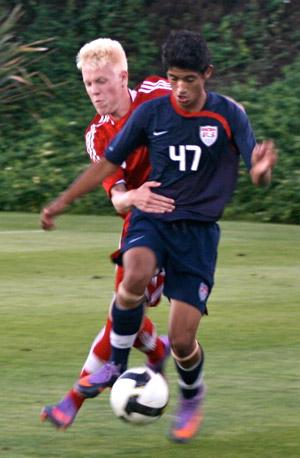 The team was divided into two groups. One group played in a large marked field to focus on holding the ball while using the entire width. The second group practiced defensive and attacking skills, transitioning one from the other in quick succession. Later, the groups switched places.

“We are trying to take our attack to the next level, and have the guys off the ball to be more active and more comfortable with their movement,” Barlow said. “We want them to learn when they could join in the attack, and have a good mentality without getting stretched and being compromised defensively.”

Naturally, it took a little bit of time for the newer players to adapt themselves to the new team. Bradley Dunwell, Andre Fortune, Zachary Herrivaux, Gullyian Kabala, Matthew Nance, Joe Rodriguez, and Amar Sejdic are the seven players that have come into their first ever U.S. training camp this week.

“It’s always a little bit of an adjustment for those who haven’t been here before,” Barlow said. “But the guys that have been through it for a while have been great in helping the guys along.”

Among those experienced players are Elijah Martin and Adonis Amaya, who were the workhorses in the morning session.

Forward Felipe Liborio of Southern California found himself consistently in front of goal during the scrimmages, but will want to convert more of his chances. Meanwhile, goalkeeper Evan Louro of New Jersey showed signs of potentially being the best shot-stopper in camp.