U.S. U16 BNT roster for camp in England 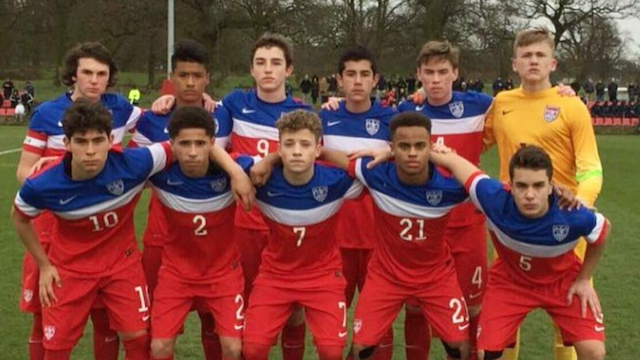 The U.S. U16 Boys National Team was in England for the past week as newly minted head coach Shaun Tsakiris had his first camp as the official leader of this age group. Tsakiris shared the title with Luchi Gonzalez in the past, but he took over sole duties in 2016.

Tsakiris called in 20 players for the nine-day camp in England, which included two friendlies against the host nation. The U.S. played to a 1-1 draw in the first friendly, but lost the second game 2-4.

The U16 BNT features players born in 2001, which is a group that should be challenging for spots on the U17 Men’s National Team for the upcoming World Cup Qualifying phase in 2017. Check out which players did well on the trip, according to reports, and the full roster for the camp below.