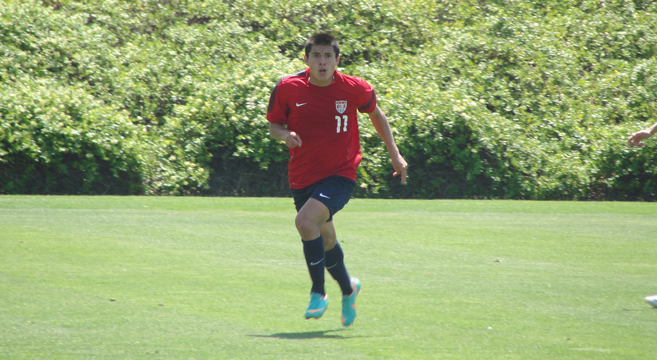 CARSON, Calif. — The U.S. U17 Men’s National Team wrapped up its final domestic training session for this cycle (players born in 1996 and 1997) on Monday at the StubHub Center, as the team departed for the Niigata Tournament in Japan on Tuesday. 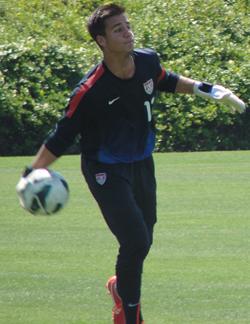 The U.S. will face Japan, Croatia, and a local all-star team at the tournament, which kicks off on the 13th and concludes group play on the 15th.

The camp in Southern California was a brief four-day trip as preparation for the event and a chance for a few new players to get acclimated with the group.

“I think it has been great,” U17 MNT head coach Richie Williams told TopDrawerSoccer.com about the camp. “I think, overall, the last four days have been some really good training. I think the guys did a really good job.”

Twenty-three players were called into the brief camp. Eighteen will make the trip to Japan, as Pablo Pelaez, Josh Perez, Sebastian Saucedo (who picked up an injury), Alejandro Vergara, and Haji Wright were only part of the domestic training.

Among those traveling to Japan, the majority of the roster is comprised of players from the previous Residency Program semester with stalwarts of this cycle in Corey Baird, Rubio Rubin, and John Requejo Jr. leading the charge.

There were new faces in the fold including Andrija Novakovich, the 6-3 striker from Wisconsin, who impressed scouts after a breakout season with Chicago Magic PSG in the Development Academy, earning him the call-up to his first national team camp this week. The Marquette commit took over the center forward role with the team of assumed starters during Monday’s morning session, but Williams said that had no bearing on an A or B team in his mind.

“Going out to Japan, the main group will more than likely be the guys that have been playing together at Residency,” Williams said. “We will sprinkle some new guys into the mix and see how they do.”

The coach also touched on the finality of this trip, as it is the last time most of these players will play in the U17 age group before moving onto the U18s in August.

“It is another opportunity for our players to get international experience, for the guys in Residency and the new guys,” Williams said about the goal of the trip. “For the new guys, its just giving them some more opportunities because they’ve done well either with the 97s in Azerbaijan or our younger age groups. Just another way for them to develop.”

The coach also talked about the team goals for the event.

“We want to go out and played well, but we also want to win.”

The U.S. will face two World Cup-bound squads. Hosts Japan and Croatia both qualified for the major event, which will kick off in October from United Arab Emirates.