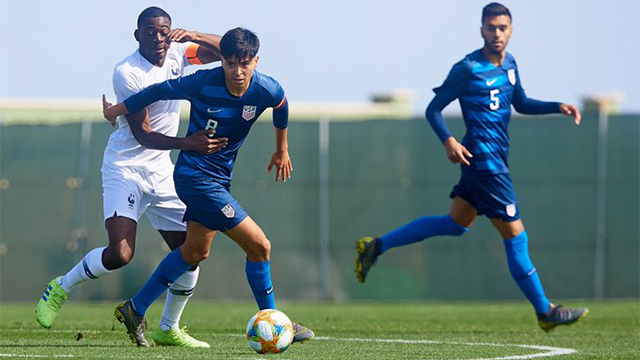 The U.S. Under-20 Men’s National Team World Cup roster is set to be announced this Friday.

So what will that team look like? Injuries have thrown a late wrench in any plans already made by head coach Tab Ramos, who already faced the difficult task of trying to put together a talented team.

Injury issues dot the roster. Brenden Aaronson, who looked like he was playing his way into a spot, came off injured over the weekend against the New England Revolution. His teammate Mark McKenzie is already a huge question mark after undergoing surgery in April. New York City FC defender James Sands missed his most recent game due to an abductor injury sustained in practice. Paxton Pomykal sat out the most recent FC Dallas game after picking up a hamstring injury.

That makes guessing the roster difficult at this point. Head coach Tab Ramos could name a full roster with a couple of alternates heading into a pre-World Cup camp to assess how the injured players are at the moment.

Below is a projection of what the roster could look like when it is unveiled later this week.