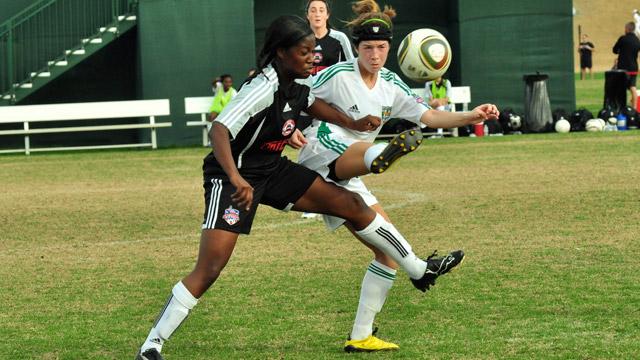 FRISCO, Texas (Aug. 8, 2011) – US Youth Soccer is proud to announce inaugural tournament Best 11 from the 2011 US Youth Soccer National Championships held July 26-31 at Reach 11 Sports Complex in Phoenix, Ariz. Similar to FIFA’s all-tournament concept, the Best 11 recognizes the best eleven players in each gender age group, irrespective of their position on the field, as voted by coaches of the participating teams in that age group.

In addition to the historic trophies, the Best 11 award joins the Golden Ball, Golden Glove and Fair Play awards given out annually at the National Championships. The Golden Ball and Glove were first awarded in 1998 to the players in each division who have the greatest competitive impact in the National Championships, and has featured winners such as Robbie Findley, Jonathan Bornstein, Freddy Adu, Chris Seitz, Lindsey Tarpley, Christen Press and Kerri Hanks.

Annually the National Championship Series provides the nation's top collegiate coaches with the premier stage to identify and scout the most coveted players in the country. In 2011, more than 575 college coaches and national team scouts attended the US Youth Soccer Regional Championships.