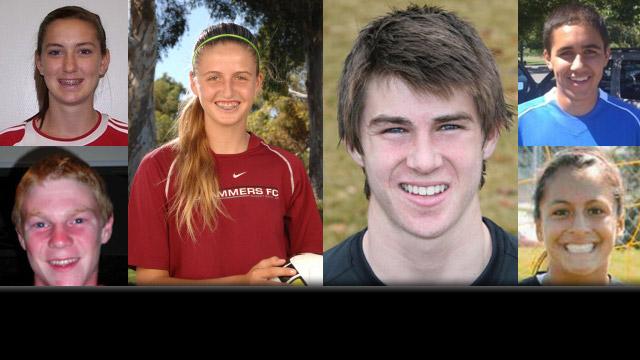 This week’s edition of our commitments update features – amazingly – two sets of twins and more than a few promising prospects.

Seth Casiple (California Development Academy) has committed to California for 2011. Says Casiple: "I made this decision because I feel they’re playing a style that fits me best, and I’ll be receiving a top education.”

Michael Soderlund (Idaho Rush) is heading to Indiana for 2011. Soderlund is graduating early to head for Hoosierville.

Twins, Michael Breslin and Bryan Breslin (United FC), have made a joint decision to attend UC Irvine in 2011.

Not to be outdone, twin pair Adam Schmoker and Jordan Schmoker (Tulsa National) have also announced that they will be heading to Coastal Carolina in 2011.

Tucker Coons (GSA) is also heading to Coastal Carolina for 2011.

On to the girls:

Erin Owen (Slammers FC) has just decided to attend USC in 2012. She said she loves the coaching style and preferred to stay in Southern California.

Shannon Rano (FC Pennsylvania) is heading to James Madison for 2011.

Katy Woolley (Michigan Hawks) will be heading to Indiana in 2012.

Lesley Chilton (Eden Prairie SC) is heading to Dayton in 2012.