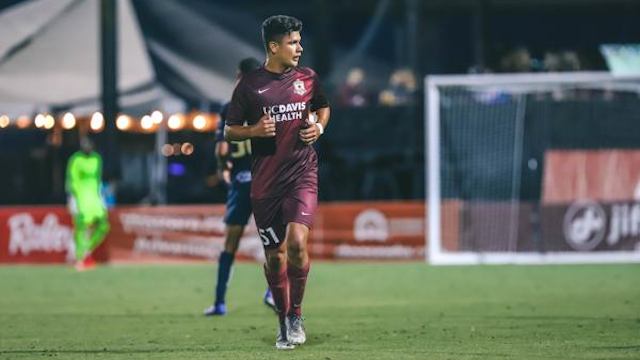 While many MLS academy teams are shut down for the season, some of the top prospects are still getting opportunities elsewhere.

Seattle Sounders handed midfielder Reed Baker-Whiting his professional debut earlier this month in the USL in the Tacoma Defiance’s draw against Sacramento Republic. Baker-Whiting, born in 2005, is the second youngest player to debut for the Sounders’ USL side. Forward Austin Brummett beat him by a few months when he made his debut last season.

Baker-Whiting also appeared in last week’s 3-0 win over Portland Timbers II, as a second half substitute. He replaced fellow Academy player Sota Kitahara, both in 2003, in the lineup for Defiance.

The Sounders are not the only team looking to utilize the USL side for meaningful minutes for top prospects during this uncertain time. LA Galaxy II trotted out a very young lineup over the weekend in the 1-0 win over SD Loyal SC. Jalen Neal and Sebastian Nava, both born in 2003, started for Galaxy II. Neal went all 90 minutes at center back in the victory. Alejandro Alvarado Jr., 2003, and Victor Valdez, 2004, came off the bench in the win. Mauricio Cuevas, 2003, and Adam Saldana, 2002, played all 90 minutes. Both Cuevas and Saldana are already signed to professional contracts. Despite the Galaxy first team struggles, the academy infrastructure seems to be progressing as 17-year-old Cameron Dunbar made his first team debut during the MLS is Back Tournament last week.

Rafael Jauregui, 2004, made his debut for Sacramento Republic FC over the weekend in a 1-0 win over Reno FC. Jauregui signed a USL Academy contract earlier in July so he still retains his NCAA eligibility.

North Texas SC takes the field this upcoming weekend for the first time since the restart. The FC Dallas affiliate is taking on Forward Madison FC on Saturday. North Texas SC has a number of FC Dallas academy players training with the team during this time. Anthony Ramirez and Diego Hernandez, both born in 2005, are among those looking to make the roster on Saturday.

Recent USL signings like Selmir Miscic (Philadelphia Union II) and Brooks Thompson (Sporting Kansas City II) have also taken advantage of this time with both appearing over the weekend. Thompson, a goalkeeper, was a standout for SKC in the 1-2 result against Indy Eleven. The 18-year-old made nine saves in the game.