Comments
The biggest challenge for Virginia Tech? The fact that they play in the ACC. On the bright side, their recruiting class looks pretty good.

Virginia Tech
Signed: Kelsey Loupee (Colorado Rush Nike), Victoria Parkinson (Dartmouth, Nova Scotia), Jodie Zelenky (Hershey Kickkats), Katie Yensen (McLean Strikers), Georgina Highton (Eastern FC), Helen Butler (MVLA Avalanche), Sam Cormode (Loudoun), Ellie Zoepfl (Loudoun), Danille King (McLean Azul)
Skinny: If you’re not getting better in the ACC then you’re not competing. It’s just too tough. The Hokies took a good step here with a class that includes Loupee, our No. 38 ranked prospect. Loupee is a natural leader who takes command of the midfield. Her technical ability and vision will be automatic pluses for the program. Joining her is Zelenky, our No. 6 ranked player in the Pennsylvania Region and a player who is a standout defender and also comfortable on the ball. Yensen, No. 11 in the Mid Atlantic Region, is a strong midfielder and possession player who should fit in well with the Hokies. 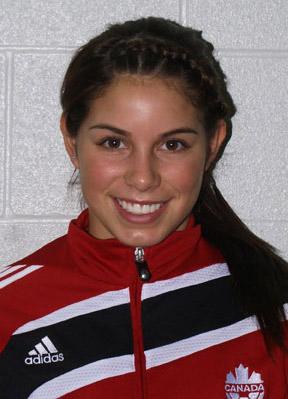 Victoria Parkinson is headed to Virginia Tech.
Rhode Island
Signed: Samantha Beck (FCV Explosion), Ashley Harris (Hotspurs Soccer Club), Samantha Leyh (NJSA 04), Reilly Lindsey (Blackhawks Soccer Club), Dariann Sellitti (HBC Intense 92),
Skinny: One of the many questions for the Rhody Ram’s heading into this season is who will take over as starting goalkeeper. Previous starter Sasha Reiber has graduated, and the only incumbent is Brooke Messier, who appeared in just three games this season. While Messier may have the slight edge because of class standing and experience, there does appear to be an opportunity for newcomer netminders Harris and Lindsey. Stay tuned.

Lindsey and Sellitti arrive as a pair of strikers. Sellitti is speedy and plays with flair; she just might combine well with a similarly dynamic player – midfielder Leyh.

Defenders Atkinson and Williams both hail from the club and are regional ODP players. The midfielders in this class include: Cravenor, Fiiehrer, Howard and Wargo who missed her senior season with injury but is back and ready for action. The strikers are Reed and Grause while Elliott and Utley will vie to move up the goalkeeping depth chart.

BYU
Signed: Annie Amos (Pleasanton Rage), Marissa Nimmer (Celtic Storm), Hilary Smith (Celtic Storm), Jaiden Thornock (La Roca), Kayla Varner (Neusport)
Skinny: When you’ve finished atop your conference eight straight times and essentially become the dominant force in the West Coast Conference, as BYU has, you have the luxury of being able to develop players. The Cougars don’t need the immediate impact of their freshmen class the way some programs do. Not to say they won’t get strong early contributions, just that BYU has the kind of environment that won’t be overly dependent on the newcomers. That’s good news for this small but quality class that includes defender Amos, who has a great work rate and is a solid stopper.

Rockwood, Varner and Thornock (ranked No. 13 in our Rocky Mountains & Southwest Region) are attackers who could combine well in future seasons while Smith is a goalkeeper. She possesses great height and is a pretty solid athlete.
Related: Players To Watch,
Headlines
Club Rankings HQ
View all rankings >>