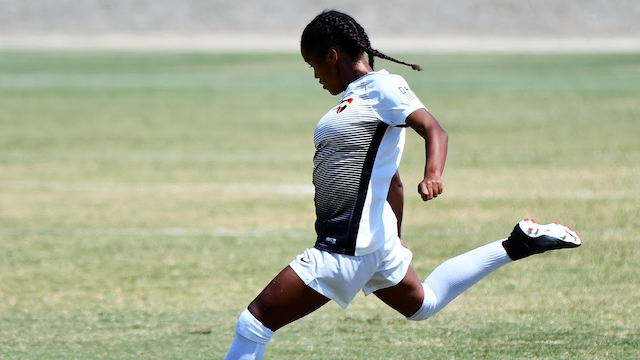 The next U.S. Soccer YNT Regional Identification Center is scheduled for Denver, Colorado for April 28. U.S. Soccer announced on Wednesday that sports drink BioSteel would be sponsoring the events for the rest of the year.

The Regional Identification Centers are being held in strategically selected markets across the country to help expand the player pool. U.S. Soccer stated that nearly 1,000 players from the 2003-2008 age groups will take part in the ID centers during 2021.

“During this challenging period, our TID Managers and YNT Coaches have done a great job communicating with clubs, using video alongside in-person scouting to monitor and identify players,” Mirelle van Rijbroek, U.S. Soccer Girls’ Director of Talent Identification, said in a press release announcing the centers this week. “We’ve held regular virtual meetings with our YNT players and scouts to stay connected and review important development topics, which will help us as we restart programming. The BioSteel YNT ID Centers are a way to build the foundation of our YNT player pool. It’s an opportunity to select players in a systematic and collaborative way based on their future potential.”

Real Colorado leads the way in player selection with more than half of the players attending the event - 15 players on the 29-player roster. Colorado Rush has six players on the roster. La Roca has four players representing the club at this event. Even though this is the training event for the 2003 and 2004 age groups, there were four players from the 2005 age group selected to play up an age: Jasmine Aikey, Morgan Juran, Peyton Nourse, and Thai Quallich.