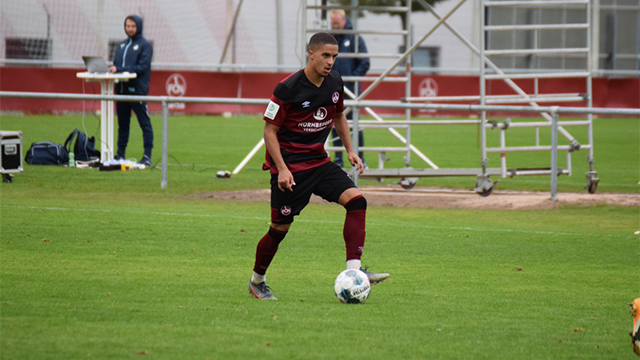 Instead of playing at Duke in the fall, Adam Armour decided to try his luck in Germany.

The U.S. Under-17 MNT veteran joined 1. FC Nurnberg earlier this summer, but only recently became eligible to register for the club after turning 18 last week.

Jumping into the starting lineup in a DFB-Junioren Pokal, Armour had a memorable debut on the continent. He scored an own goal in the first half against TSG Hoffenheim’s Under-19 squad. His side rallied, eventually winning by a 3-1 score in extra time. Armour played 112 minutes before coming off in the second half of extra time.

The American duo of Michael Edwards and Bryang Kayo remained in the starting lineup for Wolfsburg II, as they fell by a 2-1 score versus SSV Jeddeloh. Edwards played the entirety of the game, while Kayo exited in the 79th minute.

Compatriot Kobe Hernandez-Foster came off the bench for Wolfsburg Under-19s in German Youth Cup action entering in the 81st minute of a 3-2 come-from-behind win.

While Schalke’s first team continued to struggle under a new manager, midfielder Nick Taitague was back in the starting lineup for their Under-23 team. He played the duration of the game as well, a good sign for the oft-injured U.S. player. Teammate Matthew Hoppe came off the bench in the 88th minute.

Evan Rotundo started again for Schalke’s Under-17 squad, playing the first half before coming off at the break.

FC Union Berlin’s Under-17s did lose by a 4-2 score against FC St. Pauli. But U.S.-eligible forward Malick Sanogo was amongst the goals once again, briefly tying the game in the second half at 2-2. His penalty conversion made it five goals on the season, tied for most in the B-Junioren Nord/Nordost at this early stage of the 2020-21.

U.S. Under-17 veteran Jonathan Tomkinson remained in the starting lineup for Norwich City U23s on Friday. The central defender helped his side blank Fulham by a 2-0 score. U.S. goalkeeper Damian Las was on the bench but didn’t play for the Under-23s; he started and went the distance on Saturday, a 3-0 loss against Tottenham’s youth squad.

A newcomer to England this fall, Zach Booth slotted into the starting lineup for Leicester City Under-18s, playing 85 minutes in a 3-2 loss against Reading.

Richie Ledezma was once again absent from the Jong PSV squad, with Chris Gloster starting on the bench against Telstar on Friday. Sebastian Soto earned the starting nod against his compatriots, while Gloster entered the match in the 62nd minute of Jong PSV’s 3-0 win.

Auvray continues to excel in France

Perhaps the only young U.S.-eligible player trying to break through at a Ligue 1 Academy, Kaile Auvray continues to get his name on the score sheet for Lille’s Under-17. This time, Auvray setup a pair of goals in a 2-0 win over the weekend.

Johan Gomez remains in the starting lineup for FC Porto’s B team, starting and playing 60 minutes in a 2-1 loss against FC Penafiel.

Goalkeeper CJ dos Santos was on the bench for SL Benfica B.