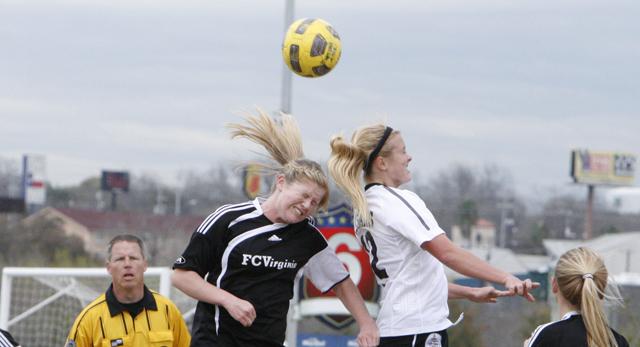 The difference in the matchups was how and when the scoring occurred.

CASL Chelsea Ladies and the Hawks played to a scoreless first half. But it all changed in the second stanza as Betsy Middleton scored one minute into the half. Joanna Boyles sent the ball into the middle, and Middleton took advantage of the opportunity. Just four minutes later, Cameron Castleberry scored on a corner from Boyles. The service touched off a scramble in front of goal, and Castleberry, selected for last year’s ECNL All-Event Team, volleyed and finished into the upper 90.

“We knew we didn’t have to rush,” said Castleberry, who has committed to North Carolina. “We knew if we took our time, our chances would come, and we could finish them on our set plays.”

The CASL Chelsea Ladies were the 2011 U-16 national champions, and were guided by the same coach as the U-17 team, Damon Nahas. 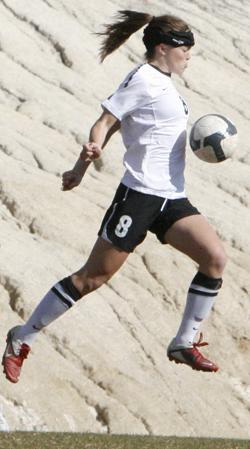 Bridget Hamway
“In the first half, we definitely had some good chances as well, we just didn’t finish them,” Nahas said. “They were organized and did a good job of defending. In the second half, we increased the tempo and maintained more possession. It made them chase a bit, and we finished our chances.”

Middleton agreed with her coach and teammate about the ebb and flow of the tightly played game.

“We started quickly in the second half,” Middleton said. “We were confident, put it away early, and kept the momentum going.”

Taylor Francis earned the shutout at goalkeeper for the CASL Chelsea Ladies, who improved to 14-4-0. The Michigan Hawks dropped to 12-2-2.

Minnesota Thunder Academy scored on a penalty kick in the first half by Madison Yueill, the daughter of coach Mark Yueill. Anastasia Medellin got the PK, and Yueill put the ball into the net.

Kylie Schwarz took the corner kick in the second half from Brianna Ismale, and gave the Thunder a 2-0 lead. Schwarz described the ball as a “perfect floater from Bri.”

“Both teams put up a good fight, and it was evenly matched,” said Schwarz, who has made a commitment to Wisconsin. “In the end, we worked harder and battled for the ball individually more than they did.”

Thunder, whose club team earned Minnesota State Cup championships in four divisions (U14 through U17) upped its record to 3-1-3. SC Del Sol now stands at 2-3-4.

“Del Sol is a very good team,” Thunder coach Yueill said. “Surprisingly, I thought the team going against the wind had the better of play. We had better possession, and it was a good defensive and offensive effort.  Both teams put the ball on the ground and tried to play out of the backfield nicely. It was a fun game to watch, and the teams played hard.”