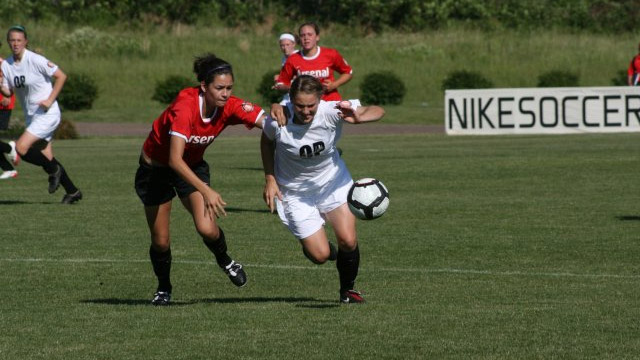 One of the earliest storylines of the year is going to officially begin right away, as the MLS SuperDraft is scheduled for January 17 in Indianapolis. As the likes of Austin Berry, Nick DeLeon and Matt Hedges showed, contributing in MLS during a rookie season isn’t just commonplace – it is a guarantee.

So the path of the small group of college standouts, as they blaze a new pro career, is something that starts early and goes through almost all of 2013. 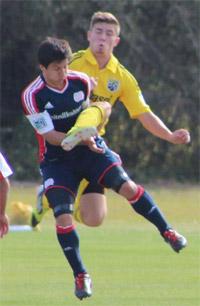 Will the MLS academies break away
from the Development Academy?

Fortunes of NWSL – do college seniors dive in?

Another year, and another women’s professional league is attempting to start up. The news that the National Women’s Soccer League is getting off the ground in 2013, a third try at a women’s pro league in a little more than a decade, provides a domestic option for college seniors in the coming year.

However, even though the talent is certainly plentiful from the current senior crop – Amber Brooks, Christine Nairn, Kristen Mewis, Tiffany McCarty, Zakiya Bywaters, Caroline Miller and Adrianna Franch to name just a few – whether or not they will all jump in to supply the cheap talent for the USSF-run league remains to be seen.

Expect to see a team playing with perhaps a bit more pressure on them than in past cycles, as head coach Tab Ramos looks to guide a the U.S. U20 MNT to the World Cup, an achievement that escaped the group back in 2011. Along with it being a big deal for the Americans, February’s qualifying campaign will also be a chance to see some future pros, with new MLS signings Wil Trapp, Mikey Lopez and Walker Zimmerman all expected to be involved in some capacity.

Back in the college ranks, the never-ending conference movement definitely won’t slow down in the coming year. With the dust not even settled on the Big East breakaway conference, it’s a story that won’t stop even after next year is completed.

Growth and evolvement of the U16/U18 Development Academy

While it’s hard to know for sure the effectiveness of the current Development Academy levels, there is no question that the talent level is on the rise. And while it may not be producing pro-ready, impact players, the growth of the league is helping the college ranks.

That is certain to continue full steam ahead for the upcoming year.

How the ECNL adapts and changes

Speaking of elite leagues, the ECNL continues to tweak its playoff format, and while some debate how effective things are, how things go in 2013 is going to be another big story to watch – including the first “Finals Week”-type event scheduled for July in Richmond.

Can the U17 MNT team live up to some of the hype? Will Bradenton close?

There’s a lot of buzz surrounding the current crop of U17 MNT, with Junior Flores creating news by signing a pre-contract agreement with Borussia Dortmund.

But he’s far from the only talented player at the Residency program, and how the whole group comes together and approaches qualifying will be fascinating to watch. Considering that this is Richie Williams’ first head coaching gig, how he reacts and guides the team through qualification is going to attract a lot of attention.

Then, on the back of that, there are a lot of rumblings and rumors that this current crop of U17s is the final class of the Bradenton Academy program. Whether or not that comes to pass would be a big development in U.S. Soccer.

Even though the college season doesn’t officially start until August, the work towards that grind begins in January. Some freshmen across the country will be enrolling for the spring semester, while others must stay in shape over the summer before a traditional fall entry date to school. The impact of freshmen classes is always fun to track and see what players live up to potential, the men and women alike.

What happens outside ECNL/Academy channels

Elite youth soccer in the U.S. is obviously primarily defined as the ECNL and Development Academy. But not only do those league not encompass all the age groups, there are also plenty of players out there not in the ranks of either of those leagues continuing to attract attention from colleges. Expect that to continue in the coming years.

Progression of U14, U15 youth national teams

The path from a promising 12-year-old to a full U.S. international is long, precarious and nearly impossible to predict. And while impressive strides have been made for the boys and girls national team pools at this age level, the continue progression of the player pool and who ends up making it to the U17s and beyond, is always fun to watch unfold.

Becoming back-to-back national champions is no easy feat, although the two teams currently holding the crowns (North Carolina and Indiana) know a thing or two about that accomplishment. Whether or not they can actually repeat is another tall ask – but each program has solid talent returning, so it won’t be impossible.

U.S. Soccer announced that in 2013-14, the Development Academy will expand further, to include U13/U14 teams. Details are scarce, and rumors are that it will include futsal, but watching the league take shape and eventually start is all scheduled to go down this year.

This may not come to fruition in 2013, but it’s a well-known fact that the objectives of MLS Academies vary a bit differently than the clubs outside the U.S. top flight. One day the top clubs may depart and form an Academy league or division of their own, an intriguing development if it were to happen this year.