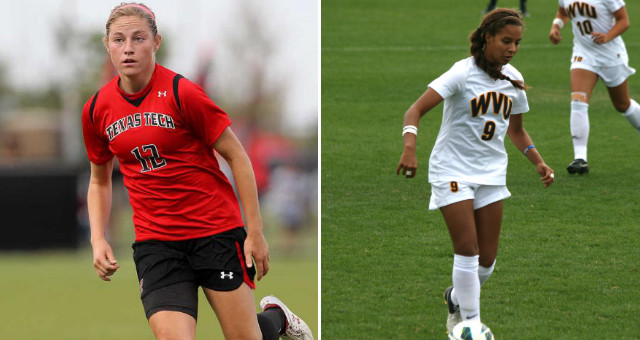 The Big 12 underwent a facelift before last season. Perennial title challenger Texas A&M bolted for the SEC, leaving a power vacuum in its wake as West Virginia and TCU stepped into the league for the first time. The Mountaineers stole some of the Big 12's thunder by turning in an unbeaten conference season in its first go-round, cementing a new conference status quo from the jump.

The league belonged to the upstarts last year, as Baylor took second in the regular season and then won the conference tournament for the first time. The Bears were the last conference team standing in the postseason after a charge into the third round and a narrow loss to eventual national champion North Carolina. Texas Tech, meanwhile, finished third with a young team, while old-world juggernauts Texas and Oklahoma State both failed to crest the .500 mark in conference. This season, we'll see if the status quo is set to change permanently, or if the old powers come storming back to reclaim their throne.

The Mountaineers were conference newcomers last year, and despite a good deal of previous success in the Big East, expectations in 2012 were scattered. West Virginia's response couldn't have been much more cohesive, the Mountaineers going unbeaten and only drawing once in Big 12 play, a 1-1 stalemate against runner-up Baylor. They were plenty happy with regular season conference champs in a league they scarcely knew.

The biggest piece last year was defender Bry McCarthy, who was ultimately named the conference's defensive player of the year for a back line that allowed 20 goals in 20 games. McCarthy has since moved on to a career with the Western NY Flash and the Canadian National Team, leaving the back line in the hands of sophomore Leah Emaus, who made the Big 12 All-Newcomer Team in 2012. 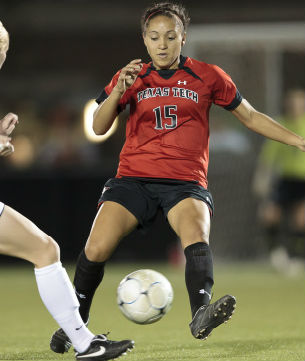 West Virginia may not be quite as good at the back in 2013, but the attack will be among the league's best. Senior forward Frances Silva scored 11 goals last year, four of those game-winners, and might be the best pure scorer in the Big 12. Kate Schwindel is back too after bagging nine goals and eight assists a year ago. With a returning returning upperclassman striker partnership that combined for 19 goals a season ago, it appears West Virginia will score some goals. If they can stand up at the back, it's entirely possible the Mountaineers repeat in 2013.

The Bears have steadily trended upward under coach and former U.S. Women's National Team player Marci Jobson, and the program hit a new high in 2012. They won a program record 19 games and climbed to No. 11 in the nation before losing in penalty kicks to eventual champion North Carolina in the third round of the NCAA tournament. That came on the heels of a first-ever Big 12 tournament title.

If further improvement comes this season, it'll have to come without a slew of big contributors. Midfield general Hanna Gilmore is gone, as is leading scorer Dana Larsen, back line anchor Carlie Davis and forward Lisa Sliwinski. The Bears have pieces back, but it's clear they'll need to find a new group of leaders headed forward.

That could start with sophomore Bri Campos, who had a breakout year as a freshman and landed on the Big 12 All-Newcomer Team. In fact, she impressed so much with her four assists and three goals that she's gotten time in camp with the Mexico U20 team this summer. With the now experienced Michelle Kloss in goal and seniors like Larissa Campos, Kat Ludlow and burner Vic Hoffman on the wing, Baylor will look to avoid a dropoff in 2013. And perhaps even probe deeper in the NCAA tournament.

Youth was served in Lubbock last season. There were four players on the 2012 All-Big 12 First Team who weren't seniors. Three of them were Red Raiders. The youngest was freshman forward Janine Beckie, who won the league's Newcomer of the Year honor with an incredible 14 goals and five assists. The Highlands Ranch, Colo. native was one of the most impressive young players in the country as a freshman, and the league awaits her maturation with baited breath.

Tech's somewhat surprising resurgence in 2012 started at the back, with defenders Jaelene Hinkle and Morgan Johnson both making the conference's first team. Johnson may be gone, but Hinkle is back, as is first-team midfielder Paige Strahan as well as Beckie. Tech has almost its entire core back, which was young last year. Another year of seasoning assures Tech will be in the mix again.

The Longhorns were young in 2012, and the inexperience showed. Texas sputtered out of the gate and could never find much equilibrium in conference. At most schools, a .500 conference mark wouldn't be too shabby, but expectations are always astronomically high on the 40 acres. The good news is that the youthful Longhorns are growing up. Sixteen of Texas' 23 goals from last year return.

The Longhorns' season may not have been one to remember, but a few names to remember emerged from the morass. Keeper Abby Smith won the starting job as a freshman and put together a solid enough season to earn All-Big 12 Second Team honors. Midfielder Sharis Lachappelle, who led the team with five goals, joined her there. Both figure to play prominent roles this year.

The Sooners got off to a flying start in the Big 12 last year with a 1-0 win over Oklahoma State in the Bedlam Game, but things fell apart over the following month. The Sooners went 0-5-3 over their next eight games, all but crushing their hopes of a postseason beyond the Big 12 tournament.

Oklahoma was a one-woman show much of the time last year, with conference offensive player of the year and Mexico National Team member Renae Cuellar flying around (she had 12 goals) and the rest of the attack trying to keep up (the rest of the team had 11 goals combined). With Cuellar off to the NWSL's Seattle Reign, that will change in 2013. Forcibly. Oklahoma only returns five goals from last year, and the losses include keeper Kelsey Devonshire. Forward Kelly Price's two goals are the best for any returner, and she'll have some big shoes to fill this season during what should be a rebuilding year for the Sooners.

Last season wasn't exactly a success for Kansas, but it could well prove to be a solid stepping stone to bigger things. The Jayhawks notched wins over No. 24 Georgia, No. 7 Oklahoma State and tied No. 17 Wake Forest, looking impressive at times in doing so. But that won't obscure a sub-.500 season in the Big 12 that finished in the opening round of the conference tournament.

Kansas has plenty of pieces back to be excited about an uptick in 2013. The forward pairing of Caroline Kastor and Ashley Williams played all 20 games last season and combined for 19 goals. Both are back. Four of the team's listed defenders are freshmen, but one of those is exciting French U19 player Aurelie Gagnet, who played with her club team Montpellier in the UEFA Champions League as recently as April.

After a sustained period of success, the Cowgirls hit troubled waters in 2012. After a disappointing 1-4-3 run in the Big 12, they failed to make the NCAA tournament for the first time since 2005. It was also the first time since 2007 Oklahoma State didn't win either the Big 12 tournament or the regular season title. Talent is always plentiful on the plains of eastern Oklahoma, but the Cowgirls need a bounce-back year to prove West Virginia didn't steal the conference rug out from under them.

It seems almost impossible Oklahoma State won't be better in 2013. Seven starters are back from last year's team, including senior midfielder Kristen Kelly, whose late-season injury dented the team's run down the stretch in 2012. The strength of the team is undoubtedly down the spine, helped along by the return of junior utility player Miriam Rhinehart. She started 15 games on defense and three in the midfield last season, proving herself to be a rock in front of goal. They'll need that upperclassman calm, as the Cowgirls face an impressive nine NCAA tournament teams this year.

The Horned Frogs experienced the expected bumps for a team making a jump up in conference competition. They lost their first four in conference before securing a wild 3-3 draw with Oklahoma State that gave them some belief. The encore came in the Big 12 tournament, where TCU shocked West Virginia with a 2-0 win in the opening round before beating Texas to get to the title game. If the run didn't come completely out of nowhere, it was close.

It was a super way to end an up-and-down season, and it gives TCU a fistful of momentum headed into 2013. Leading scorer Monica Alvarado may be gone (along with her seven goals), but the other 15 goals from a year ago return. That includes forward Brittany Slyman (four goals, two assists) and rock defender Kelly Johnson, who also contributed four goals and two assists. TCU has every right to feel optimistic in 2013 after the way it finished last season, and expectations of a middle-of-the-pack finish aren't at all unfounded.

The Cyclones feasted on nonconference foes last season, but they weren't quite as lucky in the Big 12. Putting aside a 2-0 win over TCU, Iowa State lost its other seven conference games a combined 18-4. The good news is that Iowa State did score a lot of goals last season. They just need to figure out how to translate that from nonconference to the Big 12.

Jennifer Dominguez was Iowa State's only postseason conference honoree, and the All-Big 12 second teamer is a safe bet to be in the league's golden boot race at season's end. She had 14 goals last year and is by far the Cyclones' biggest returning threat. If her supporting cast can continue its upward trend, namely players like midfielder Emily Goldstein and utility player Meredith Skitt, Iowa State can reasonably expect to win more than one Big 12 game this season.