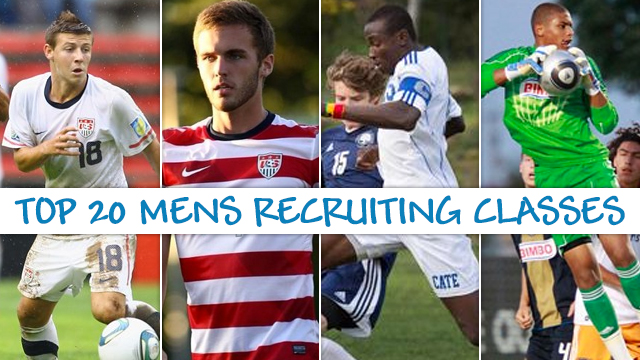 1. UCLA: Recent additions to the UCLA Bruins incoming class have only strengthened its position at the top of the 2013 class. Forward Gregory Antognoli and defender Michael Griswold could both be classified as strong additions to an already stacked class. Antognoli and Griswold join a group that includes U.S. U18 Men’s National Team winger Paul Arriola, midfielder Willie Raygoza, and forward Jaime Villarreal. 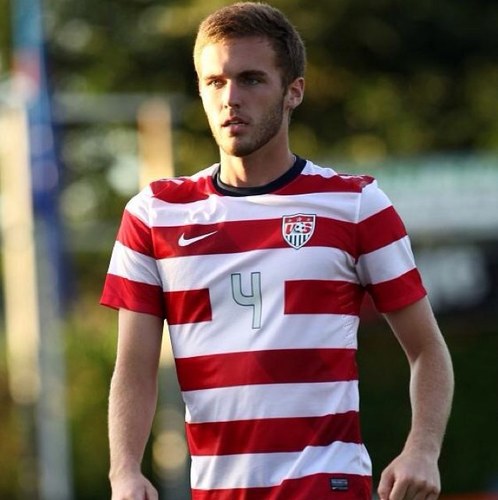 2. Furman: Solar SC Chelsea center back Trevor Haberkorn anchors the class headed to the South Carolina university. Haberkorn should step into the lineup immediately, but he is not the only quality player that the Paladins added with this class. FC Dallas striker Bobby Edet and CASL Chelsea winger Evan DeYaCaza are also highly regarded.

3. Maryland: Sasho Cirovski shows that he is not losing his recruiting touch despite the program’s anticipated move to the Big Ten. The Terps have once again amassed a wealth of talent, including the top ranked goalkeeper for the class of 2013 in FC Delco’s Zackary Steffen. Joining the U.S. U18 MNT player is his youth international teammate and D.C. United Academy defender Suliaman Dainkeh. That’s just the tip of the iceberg, as other Maryland commitments include Alex Crognale, Chris Odoi-Atsem, Michael Sauers and Daniel Johnson.

4. Georgetown: A run to the College Cup last fall is only going to continue to help the Hoyas grow its profile at the national level. While replacing the talented senior class from 2012 is a tall task, head coach Brian Wiese just might have enough recruits lined up to maintain a high level, with Joshua Yaro, Alex Muyl, Brett Campbell and Jared Odenbeck among those aiming to keep the program ticking at the right pace.

5. Virginia: The Cavaliers managed to put together a solid 2012 campaign with a young team. Last fall’s freshmen crop was a talented bunch able to cope right away with the rigors of college soccer, and once again George Gelnovatch has attracted a host of the best and brightest soccer players in the USA. Leading this crop is RSL-AZ standout Jordan Allen, who has several youth national team appearances. But Allen will be joined by other players in the IMG Academy 150: Patrick Foss (D.C. United), Nicko Corriveau (Bethesda SC), Pablo Aguilar (IMG Academy) and Riggs Lennon (Real Salt Lake - AZ). The foundation is strong and this could be a group that vaults the Cavs back into the national spotlight.

6. Michigan: Chaka Daley is quickly returning the Wolverines to the status of an elite soccer school, and this season’s signing class will help pave the way to the long-term goal of winning the National Championship. New York Red Bulls defender Matthew Miazga headlines a class of ten players.

8. Indiana:  With the addition of PDA/Philadelphia Union defender Billy McConnell, the Hoosiers are looking at an already rebuilt defense around a future star. The defending champions also have Tanner and Tommy Thompson headed to Bloomington (with the former already enrolled for Spring semester).

9. North Carolina: It is a small class for the Tar Heels this season with only four players bound for Chapel Hill next season. Overall, the quartet is solid and should contribute immediately especially in replacing the presence of Mikey Lopez who left early for a professional contract with MLS.

10. Notre Dame: Head coach Bobby Clark has a lot of holes to fill in 2013 with the departure of Dillon Powers and Ryan Finley. With this recruiting class, he adds a player that has a similar style of play to Powers in Dallas Texans’ midfielder Brandon Aubrey.