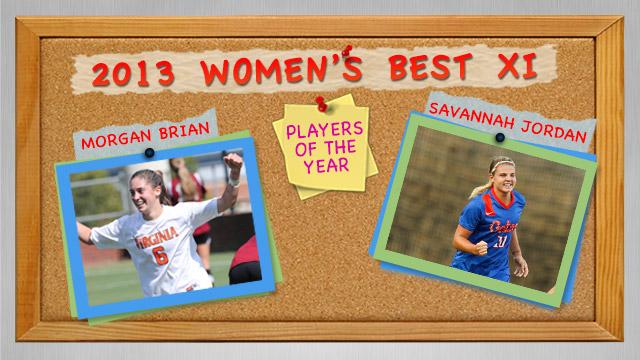 Virginia midfielder Morgan Brian and Florida’s Savannah Jordan are the TopDrawerSoccer.com Players of the Year for upperclassmen and freshmen, respectively.

The honor comes as part of the announcement of the TopDrawerSoccer.com Best XI, recognizing 33 upperclassmen and 22 freshmen for outstanding 2013 performances. 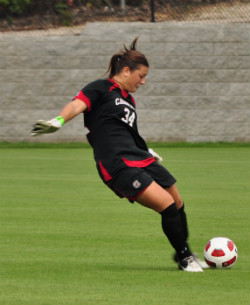 Brian, who has made a couple appearances for full U.S. women’s national team this year, earns the Player of the Year honor after spearheading Virginia’s superb attack. The attacking midfielder finished the season with 16 goals and 14 assists. Her passing ability, vision and work rate were a key aspect to an offense that scored 78 goals as a team.

The Cavaliers edged out ACC rival and North Carolina star Crystal Dunn for the award. Dunn battled through injuries towards the end of the season, but remained college soccer’s most dangerous player when healthy. The pair is joined on the first team by standouts like Marissa Diggs, Abby Dahlkemper, Kassey Kallman and Nkem Ezurike.

The race for top freshmen honors was even closer, with several first-year talents making an impression on a higher level. Standout performances from UCLA’s Darian Jenkins, Notre Dame’s Morgan Andrews and West Virginia’s Kadeisha Buchanan were all pronounced.

But it was Florida forward Savannah Jordan who edged the talented field. After ripping off five goals in the first two games of her college career, Jordan punished defenses all season, eventually finishing tied for second in the nation in goals scored with 22. Her exploits earned a call up to a recent U20 WNT camp and a chance at the World Cup qualifying roster.

The full teams are listed below: