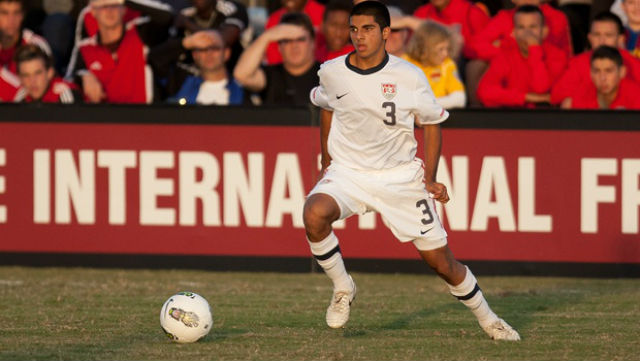 With National Signing Day a thing of the past for the class of 2013, the shift toward the next recruiting class is already underway for the top men’s college soccer programs.

The predominant storyline for 2014 is chasing after players involved with the U.S. U17 Men’s National Team who are scheduled to graduate next year. And while some of those players have already committed to program, others won’t ever play college soccer.

Junior Flores, No. 2 in the IMG Academy 150, is set to sign with Borussia Dortmund when he turns 18 next year, and will begin his professional career right away. Emerson Hyndman, ranked at No. 4 in the group, signed with an agent when he was 12 years old and is progressing well at Fulham’s youth academy across the pond.

There is sure to be more players who elect to turn pro over a college career, but there are already a handful of colleges laying the foundation for promising recruiting classes next year.