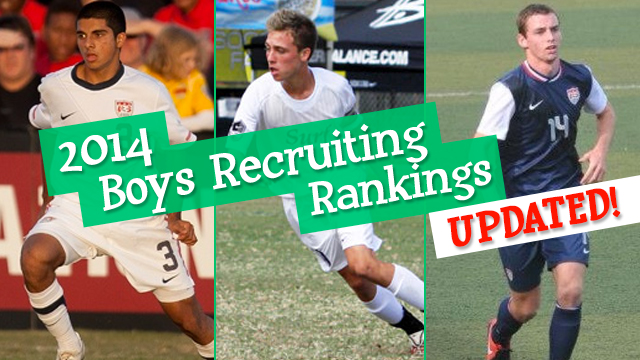 There are still blue chip recruits out there for the 2014 class, but the prospects are flying off the board with every passing day. Below is a run down of the top ten classes for men’s college soccer recruiting for the 2014 high school graduates.

The Bruins class is already at seven, which is a fairly large group for college soccer especially following on the heels of a eight-player class for 2013. The Bruins bring in a wide-arrange of talent including U17 Men’s National Team players Rolando Munoz, John Requejo Jr., and Brian Pacheco. However, it may be Ryo Fujii and Felipe Liborio who have the biggest impact at the collegiate level. Fujii is a hardworking midfielder who has the skills and toughness to step into the Bruins rotation in his first few seasons. Liborio is a talented attacking player who has a cannon for a left foot and could find a home on the wings perhaps on the opposite side of recent commit Brian Iloski.