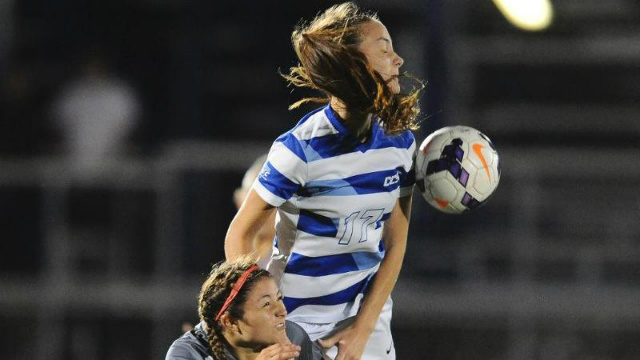 The 2015 women’s college soccer season is just around the corner. Below is what to keep an eye on in the MAAC, NEC and MAC. 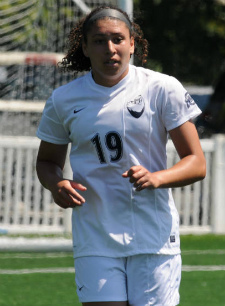 It was another quality league campaign for Monmouth last fall, although the season ended in disappointment during a loss to eventual champions Rider in the semifinals prevented an NCAA tournament bid. That’ll be the focus for a team bringing back players like Rachelle Ross (the league’s Rookie of the Year), forward Alexis McTamney, defender Monique Goncalves and midfielder Brianne Boyle.

Second place finishers Fairfield returns leading scorer Cassidy Boegel, but it was more about the team’s stingy defense that engineered its success, conceding just 18 goals in 21 games. Senior defender Karolyn Collins is among the returners at the back, and she showed the ability to create chances with seven assists in 2014.

It was a tremendous turnaround for Niagara in the 2014 season. One year after posting a 4-13-2 overall mark, the Purple Eagles strung together eight unbeaten games in a row, including the heartbreaking MAAC tournament semifinal loss on penalty kicks against Fairfield. All Conference performers Haillie Price and Amelia Gulley are back to lead the team.

Reigning Conference Player of the Year Tara Ballay captains Rider this fall, as she missed five games with a broken leg yet still earned the honors. Ballay’s 11 goals from 16 games were by far the most on the team last season and if the likes of Michelle Iacono or Ellie Smith can assume more of that burden, it bodes well for the team’s chances.

The rest of the pack has its work cut out if it hopes to close ground on last year’s top four. Of the 30 players to earn first or second team conference honors, just six of them came from teams outside the leading quartet. Siena College lost MAAC Goalkeeper of the Year Taylor Booth, a big gap to fill. Canisius appointed Todd Clark as its new head coach as it seeks to make up ground on the leaders. Manhattan brings back its pair of All-Rookie performers in Nicole Aylmer and Emily Center.

Last season featured an interesting divide between the 12 teams that compromise the Mid-American Conference. Six teams won more than they lost, while the five remaining sides went the other way, finishing under .500 for the season. 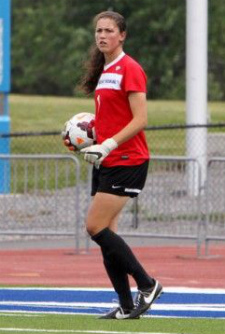 No team obviously put together a more notable performance than conference tournament winners Buffalo, who also swept the individual postseason awards. There’s a lot to like about them again in 2015, with goalkeeper Laura Dougall back in goal after winning Freshman of the Year, and Redshirt Senior Jackie Hall leads the team at the back. Replacing the offensive production of graduated senior Katie Roberts is one of the keys to the upcoming campaign.

While Central Connecticut stormed through the postseason and into the NCAA tournament, Fairleigh Dickinson was the darling of the regular season, topping the table and navigating its way to the title game. Just one senior sat on last year’s roster, meaning this year’s squad could be poised for a repeat, and then some. Forward Rachel Hoekstra and midfielder Amanda Goulet are two of the key returnees.

It should be a great race in the NEC if Central Connecticut can replicate its form from a year ago. The loss of Tori Sousa, the Player of the Year, is no doubt a blow, but the formidable spine of goalkeeper Nicki Turley and sophomore defender Jennifer Cafferky is definitely a boost.

Wagner could jump into the race if it can get more help offensively. With 18 goals for and 20 against in the 2014 season, the results were mixed, although they managed to pick up the conference results when it counted most. German midfielder Johanna Konrad and defender Tori Rodriguez are going to need and deliver to thrust them into the running.

Defensive improvement is paramount if St. Francis (PA) is to return to the summit of the NEC, as they conceded 37 goals a year ago. All of its wins came in conference play, vaulting it into fourth place despite some struggles during its out of conference slate. Young talent like Gabi Morales and Allison LaDuke are coming off strong 2014 campaigns and could be a part of a building season.