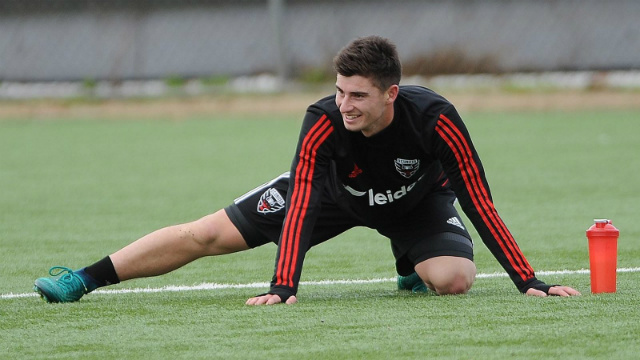 When it comes to young talent in MLS, the cupboard is hardly bare.

While the league isn't necessarily teeming with talent that would make waves in major leagues around the world, there are bright, rising stars on the cusp of putting it all together.

This year's prospect countdown tries to put stock into the best and brightest, culminating with the 10 top ranked players. Four of the Top 10 come from just two teams, including rising stars north of the border.

Before diving into the Top 10, check out the overview of the Top 50 rankings.

While it’s been a rocky week and a half for Ebobisse at the U20 CONCACAF qualifying tournament from a goal-scoring perspective, the former Duke standout is playing off the rust. That will benefit the Portland Timbers, as Ebobisse will be the perfect backup for Adi this season. A physical force up front, Ebobisse holds the ball well and can connect well with the rest of his team. His finishing has been somewhat rough down in Costa Rica, and it’s obviously a concern for any striker if they can’t score. There won’t be a lot of pressure on Ebobisse to come in and contribute right away in MLS, though the step up to the Timbers is going to be the right kind of environment to test him and push him to a new level. He has the tools to respond, hone his finishing and become an impact player by season’s end.