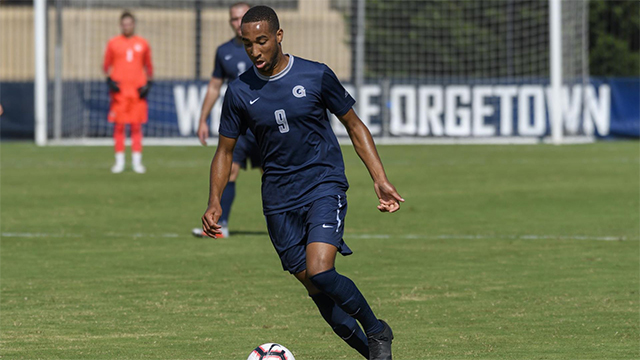 A tussle at the top of last fall’s Big East slate saw Creighton come away with the regular season crown. Overall, the conference is certain to be looking for more in terms of overall results after just three of the nine teams finishing with more wins than losses. The Hoyas, which won the conference tournament, were the sole program to secure a spot in the NCAA tournament, via the at-large bids.

Improved programs should lead to better days ahead in 2019, with the season set to kick off later this week.

Coaching Staff of the Year: Creighton

It was a successful regular season for the Bluejays, which secured the Big East regular season crown. But a weak RPI meant that when Marquette knocked them out on penalty kicks in the conference tournament semifinals, that an at-large bid was out of reach. Goalkeeper Paul Kruse headlines the returning talent, which needs to find scoring some goals with the graduation of Sven Koenig. Longtime assistant Johnny Torres took over the program after Elmar Bolowich resigned, adding an interesting wrinkle.

After winning the conference tournament, the Hoyas put together a nice run in the NCAA tournament, losing 1-0 in the Third Round to Michigan State. Plenty comes back – most of their goals in Achara, Derek Dodson, while Jacob Montes has looked lively in preseason. A strong class of newcomers is headlined by NYCFC midfield ace Dante Polvara, and newcomer Tomas Romero will push Giannis Nikopolidis for minutes in goal. If things come together well for the Hoyas, they’ll push for conference and national honors.

The inability to score goals proved costly for the Friars, even though seven of their 10 wins were 1-0 results. Tiago Mendonca headlines the returning players, and the programs needs to find a replacement for Colin Miller, who signed with Loudoun United in the USL Championship.

The Golden Eagles nearly peaked at the right time at the end of last season, winning four out of their five final regular season games. They went on to win two Big East tournament games on penalties, before the Hoyas beat them in the final. Nine of the 11 starters from last year’s final are back, including Luka Prpa and Connor Alba. With some quality newcomers sprinkled in, things should improve in 2019.

A Top 10 recruiting class boosts Xavier’s chances of going on an exciting run this fall. The craft and guile of Simen Hestnes needs to be accounted for, although senior Samson Sergi is more than able to fitting into that role. Bolstering the back line could go a long way, after the team conceded 28 goals in 19 games.

Another program that could lurk in the conference, the Red Storm have two key sophomores in Brandon Knapp and Skage Simonsen – the latter was the Big East Freshman of the Year last fall – that could propel them on a run, depending on how it comes together. Red Bull defender Jared Juleau is a nice bonus to the 2019 recruiting class, giving the defense added depth.

Mark Plotkin enters his second season at the helm of DePaul, looking to make progress after a five-win campaign. Senior defender Max de Bruijne picked up Preseason Big East honors, and his leadership at the back is going to be critical. Replacing leading scorer Istvan Williams, who scored five goals last season, is going to be a piece of any improvement.

Finding goals is a must for a Wildcat side that lost 13 of their 17 tallies in 2018, as Zach Zandi (graduation) and Yusuf Cueceoglu (transfer) moved on. Swiss freshman Lyam Mackinnon could be a candidate to provide some lift, along with returnees like Theo Quartey and Seidu Shamsudeen, the latter who missed 2018 with an injury.

Finding a scoring compliment to CJ Tibbling, a rising sophomore from Sweden who scored six of the team’s 14 goals in 2018. Making the Big East tournament field would mark for a big step forward for the program under second-year head coach Andreas Lindberg. Sixteen newcomers are going to try and make up the difference right away, including seven transfers.

It was quite the dramatic turn of fortunes for Butler, which went from a third round run in the NCAAs in 2017 to just four wins last season. A defense that conceded 39 goals was a big part of that issue, so turning that around is going to be a major focus. Incoming transfer Rhys Myers is one potential solution; freshman defender Perrin Barnes joins the program on the back of a deep playoff run with Sockers FC. Seniors Jared Timmer and Brandon Guhl should bring the goals, and freshman Wilmer Cabrera adds a dash of creativity.