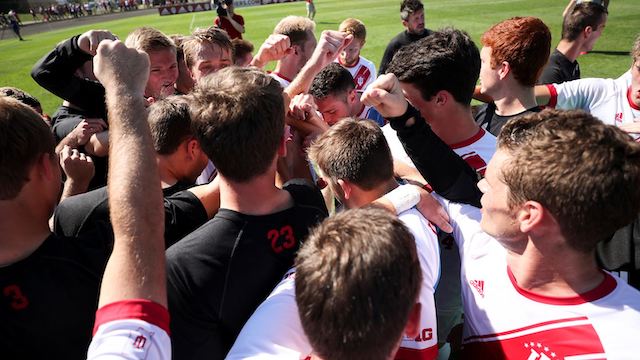 The Big Ten had a banner year in 2018. The conference had three teams advance to the College Cup with Maryland taking home the National Championship. It will be hard to duplicate that level of success this fall, but far from impossible.

There are questions about Maryland’s roster after losing so many players to professional contracts in the offseason, as well as the recent loss of Paul Bin to injury. Michigan State, another College Cup participant, also lost some key pieces from last year’s team. The Spartans reloaded with a strong recruiting class.

Indiana was the final of the trio to appear in the 2018 College Cup in Santa Barbara. The Hoosiers lost some key players from that squad, but still havre plenty of talent on the roster for another run in 2019.

The biggest question for Indiana is how to replace Trey Muse, who was terrific for the Hoosiers in 2018. Indiana needs to find a goalkeeper to fill those gloves early on in the season. Bryant Pratt, Roman Celentano, and Jacob Gruber split time in goal in the preseason win over Bowling Green. Outside of Muse’s absence, Indiana should have a lot of confidence with this group. Jack Maher is one of the top sophomores in college soccer. Joshua Penn and Victor Bezerra should be immediate difference makers from the freshman class in the attack.

Wisconsin’s season prematurely ended in 2018. The Badgers lost to Michigan in the Big Ten tournament in a close battle, but looked like they were in a good spot for an at-large bid to the NCAA Tournament (and probably should have earned one after seeing the success of the conference in the postseason). However, the Selection Committee did not give Wisconsin one of the at-large berths so the Badgers were left with a premature end to an otherwise successful campaign. Dean Cowdroy is back for his senior campaign. The goalkeeper recorded seven shutouts last season. The Badgers also brought in a strong recruiting class as well.

Michigan State’s preseason kicked off with a scoreless draw against UIC. Head coach Damon Rensing’s teams have always been organized and difficult to score against. The exhibition revealed that Hunter Morse looks to be the starting keeper and Conner George could be the one to watch among the freshman on the roster. The Spartans return Big Ten Midfielder of the Year Giuseppe Barone who will be pulling the strings one last time during his senior campaign.

The Wolverines have been assembling top recruiting classes for the past few seasons. Could this be the year when it all comes together for Michigan? Jack Hallahan, Umar Farouk Osman, and Mohammed Zakyi are all back on the roster for this fall. Hallahan was the Big Ten Offensive Player of the Year in 2018 and earned a spot on the MAC Hermann Trophy Preseason Watch List. Joel Harrison and Marc Ybarra are two others to watch for Michigan this fall.

This Maryland roster feels so different from last season’s National Championship squad, with so many of last year's squad departing for the pro. Sasho Cirovski and his staff will have some work to do to get a cohesive unit together in the early stages of the season. Eli Crognale, Ben Di Rosa, and Matt Di Rosa are ones to watch this season. With several holes to fill, the leadership of Johannes Bergman will be crucial in leading and organizing the team at the back.

Earlier this month Penn State announced that Ethan Beckford and Jeremy Rafanello left the program for professional opportunities in Europe. It’s those unexpected summer exits that can be so difficult on a program. Jeff Cook still reloaded the cupboard with a couple of key recruits in Alex Stevenson and Kris Shakes.

Jim McElderry took over as the Rutgers’ head coach in Dec. 2018. He has a lot of work to do after the squad only managed two conference wins last season. The 2019 recruiting class has a strong international influence, which suggests a few of them will be contributing immediately to the rebuilding effort for Rutgers.

Northwestern are looking to build around Matthew Moderwell and Miha Miskovic for the 2019 season. Moderwell, one of six seniors on the roster this season, scored five goals last season. Miskovic, statistically, was one of the top goalkeepers in Division I in 2018. Ugh Achara is one to watch among the freshman recruits.

Brian Maisonneuve continues his rebuilding process with the Buckeyes this fall in his second season in charge of the program. Maisonneuve looks like he has a goalkeeper in Parker Siegfried for the fall. The Buckeyes need to give him some help from the back four and find a consistent scorer in the final third after only scoring eight goals in 2018.