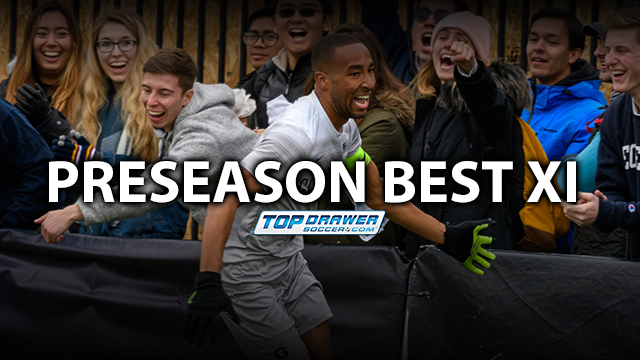 The spring portion of the men’s Division I season began this week, and as of publication, most major conferences start the path towards a spring championship.

TopDrawerSoccer unveils its Preseason Best XI teams, as is tradition, but obviously with a slightly different meaning with the ACC and Sun Belt teams competing in the fall of 2020.

Fall performances are factored in for the players listed in the teams below, and as of publication, all are expected to compete in the spring season. That could change in the wake of the 2021 MLS Draft and the uncertainty hovering over the league’s labor situation. Players from conferences not slated to play are not included.

Georgetown dominates, as the 2019 champions return the bulk of a stellar senior class at this point. Players could still depart, but the Hoyas have five players across the Preseason Best XI squads. The full teams for the 2021 spring season are listed below.