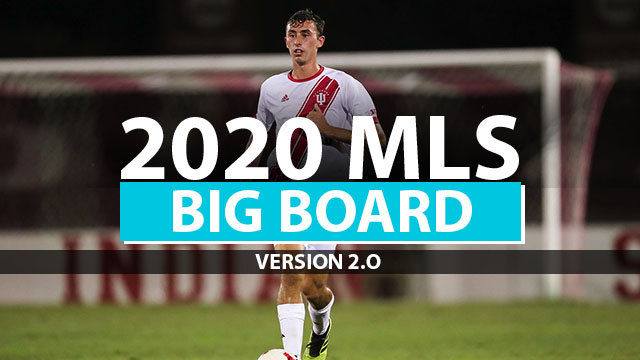 The 2020 MLS Draft begins on Thursday.

And while the diminshed value if it is continually referenced, for the teams that are willing to take upon a development project or two, surely a top player or two could be unearthed -- perhaps one even not on this list below.

International players are obviously the big question mark, as it's becoming less and less common for MLS franchises to use an international roster spot on an overseas player that's competed in four seasons of college soccer. That could see players ranked higher on the board slip in the eventual draft.