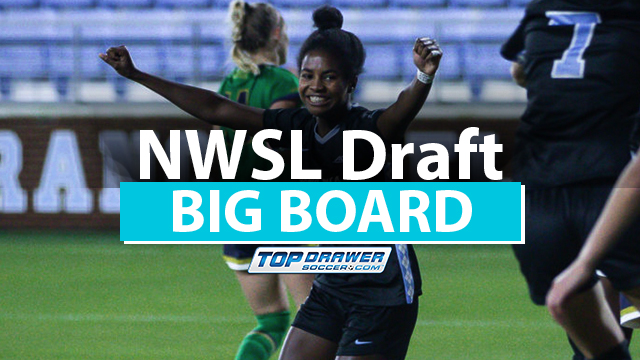 Determining the top talent available in this year's edition of the NWSL Draft is even more difficult than normal.

With questions swirling about who is eligible -- the NWSL changed the rules so that players that have exhausted three seasons of eligibility prior to 2020-21 are -- and two of the best players in the draft pool already making the decision to sign in Europe, there's plenty of uncertainty facing teams and players.

Players also have the opportunity to stay in school this spring and play the 2021 campaign even after being drafted.

Two players have elected to leave school and turn pro early, with U.S. youth internationals Brianna Pinto and Trinity Rodman making that decision this week. They sit atop the Big Board, as both offer upside and international experience. Pinto is closer to being an impact player in the league than Rodman, and it will be interesting to see how their careers play out.

Below is the TDS Big Board for the 2021 NWSL Draft. Players that are understood to not be eligible -- for example, Savannah DeMelo is not listed, as she played just two seasons of her eligibility at USC -- are not included.