5 coll. players that should make the U20MNT As professional soccer has grown and progressed in the United States, college players have played a much more diminished role on the U20 Men’s National Team.

That progression is positive in many cases – to match up with the best other countries have to offer, we need to put our best foot forward with players competing at the highest level. 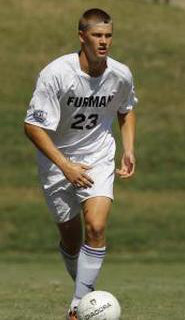 However, given the schedule and other circumstances of CONCACAF qualifying, many of these top players who are competing abroad with their respective clubs will be expected to stay with their club teams and and continue to earn their stripes there. The clubs technically are required to release the player for international duty on FIFA match dates, but it is sometimes in the player’s best long-term interest to stay with the club.

This of course provides an opportunity for college players, and that can be a good thing too. After all, while qualifying is far from a foregone conclusion (as evidenced by our not accomplishing in the last cycle), it’s a challenge that some of the best college players can still help with.

U20 MNT head coach Tab Ramos has included a handful of college players in various camps over the past year or so. But we’d like to take a few minutes and help him with our recommendations of players who he should take with him for qualifying (at the very least). Some he’s taken a look at, some he hasn’t.

Who has played the most minutes for the #1 Terrapins so far this year? None other than Ambrose, the versatile defender who has split time between his natural left back spot and the right side.

An injury to senior left back Taylor Kemp could have been a death knell, but instead it’s been the chance for Ambrose to show what he can do, and he’s jumped at it. Possessing great leadership intangibles, good size and speed, Ambrose isn’t an unknown quantity, as he’s played with the U18s in the past, and he could do the job on the left side if called upon.

Statistically, Martin hasn’t blown anyone out of the water in his first season in college, with just a goal and three assists so far. However, he possess a number of qualities that would help this team thrive – outstanding technical ability, good vision, and he can open up things for his teammates when he has the ball at his feet.

His size is something of a concern, but with a season of college under his belt going through the rigors of the physical nature of the game, it will have him even better equipped for the international challenge, as he already possess the technical ability to excel there.

Every team needs a stout and solid center back to put out fires at the back, and Zimmerman is probably the best option the college ranks has to offer. His 6-foot-3, 185-pound frame can help mask any of his shortcomings on the ball or whatever other issues may crop up. And while the pace and guile of CONCACAF opposition means that nothing can be taken for granted, Zimmerman would surely offer a starting option, or at the very least, some quality depth.

The dynamo of the Tar Heels midfield should firmly be in the conversation for every camp with the U20s. Lopez is a next level talent who may not last in the college game for much longer. With his combination of skill and vision, he is tailor-made for a center midfield role in the U.S. youth national team formation of 4-3-3. Lopez also distances himself from the pack with his ability to defend and quickly win back position.

DeAndre Yedlin offers something different to the U.S. U20 MNT roster than any other player, which would make him a valuable addition to Tab Ramos’ side. He is an attacking outside back with wheels, but he also has good skills and thrives with possession-heavy teams. There is still room for improvement with Yedlin, but he is among the best outside backs in college soccer and he has proven it over the last two seasons with the Zips.