Last season’s Big South title race was a nail biter between four teams, with Radford eventually coming out on top over strong challenges from Winthrop, Campbell and High Point.

Highlander coach Ben Sohrabi told his school web site he expects more of the same in 2012. 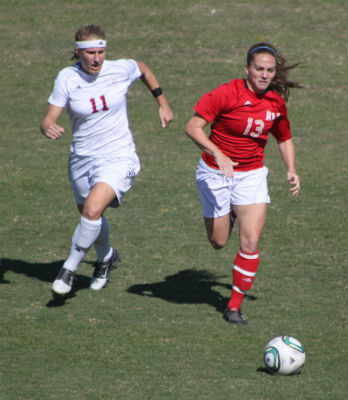 “[The] conference is going to be another dog fight,” the conference coach of the year said. “With the new format, everyone will be competing for a top 4 finish to host a first round match in the Big South Tournament. This will make the regular season very interesting for all the teams.”

Following is a closer look at the combatants.

The Bulldogs lose Leilani Halkiotis but return Kaitlyn Eckert, Amanda Knapp and Ferriss Roberts from their leading scorers. Heather Muller is back in goal for  Michele Demko’s squad, with Erin Ryan in defense.

Brian Purcell returns for his 24th season at the helm of the Blue Hose. Sara Simpson, Rebecca Miller and Alice Blackwell are among key returnees.

Second-year coach Paul Hogan will look to turn things around for the Chanticleers, who were outscored 40-12 over the season in 2011.