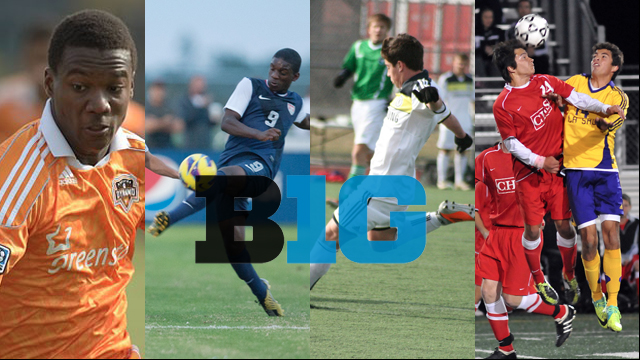 TopDrawerSoccer.com’s features on the top recruiting classes by conference continues with a look at the Big Ten. The historic conference adds two new programs in 2014 with Maryland and Rutgers jumping into the fray.

Below is a breakdown of the eight recruiting classes from every program in the Big Ten.

Check out the previous recruiting class reviews for the Pac-12 men, ACC men, and ACC women.

The Hoosiers have plenty of holes to fill in the roster for 2014 after Tommy Thompson’s early departure as well as the graduation of many pieces from the 2012 national championship squad. Lillard is the top prospect of the group as a long-time piece of the Chicago Fire Academy. The midfielder is a good athlete who should fit in well with the physicality of the Big Ten play.

Even though there are only three players in this class, it could be one of the best in the country. Gall is the big question as it is not quite a sure thing he arrives in College Park with opportunities for him in Europe. Campbell is a crafty, attacking midfielder who is similar to Tsubasa Endoh. Areman should also contribute immediately to the Maryland squad upon his arrival. The Terps are also bringing in Mael Corboz as a transfer, which should help improve this class. Maryland will need help up front with Patrick Mullins’ graduation and Schillo Tshuma's early departure for MLS.