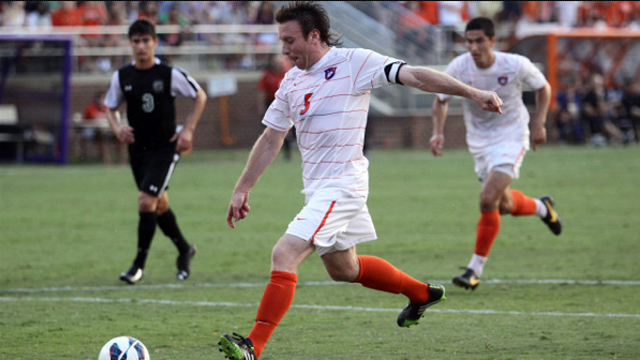 Some teams are only one piece away from leaving the pretender column and heading into the contender race. Clemson's graduate student transfer Thomas McNamara is making an early season claim that he's just the piece the Tigers needed for 2013.

McNamara has a goal in all four of Clemson's games this season. That included three over the course of the past week, which earned him the honor of TDS Player of the Week. 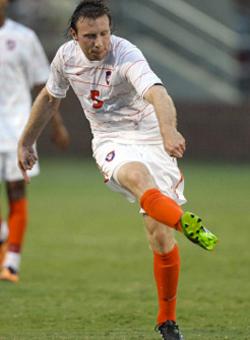 GK: Winston Boldt, Army: Recorded four saves against Manhattan last Monday for his second shutout of the season. Boldt also kept a clean sheet with four saves against Air Force on Saturday to help the Black Knights to a 3-0-0 record.

D: Axel Sjoberg, Marquette: The tall center back was named the MVP of the Panther Invitational. He notched his first goal of the season on Sunday in a 4-1 win over Drake. The sophomore also received the honor of wearing the captain's armband for the two wins.

D: Taylor Peay, Washington: The senior defender scored a hat trick against Santa Clara last week and then followed it up with another goal against Portland. The Huskies won both games by a comfortable 4-1 margin, and the Seattle program looks incredibly efficient on set pieces again in 2013.

D: Josh Phillips, Gonzaga: The senior outside back helped the Zags to a pair of road wins against UC Santa Barbara and Cal Poly over the weekend. Phillips was part of the defensive unit that shut out the two squads and improved to 2-1-0 on the season.

M: Rodrigo Fuentes, UNLV: The UNLV midfielder scored three goals and dished out two assists for the Running Rebels in wins over Bradley and Georgia State. Fuentes was named the Most Outstanding Player of the UNLV Invitational.

M: Tomislav Zadro, Wisconsin: Over the weekend, he had two goals and two assists to help the Badgers to wins over Western Michigan and DePaul. The thriller came against DePaul where Zadro willed the team to victory with a last second goal and dished the assist on the game-winner in overtime.

M: Thomas McNamara, Clemson: The new addition to the Tigers roster, albeit a graduate student playing his final season, has not missed a beat this season. McNamara has four-game goal-scoring streak going after finding the back of the net against South Carolina, Virginia, and Gardner-Webb over the course of the last week.

F: Pete Caringi, UMBC: The leading scorer in Division I pushed his tally to eight goals on the season after scoring two against St. Francis Brooklyn on Saturday. Caringi also found the back of the net twice against Central Connecticut State(m) last week for the 4-0-0 Retrievers.

F: Larry Ndjock, Loyola (MD): The sophomore from Germany notched the game-winner against Saint Francis(Pa.)(m) on Saturday to cap off four-goal week. Ndjock had three goals against La Salle to help Loyola to a 5-3 win.

F: Cristian Mata, Tulsa: With two goals and two assists to his name, Mata helped the Hurricane to a 2-0 weekend with wins over SIUE and Drake. Mata was also named the Conference USA attacking player of the week for his contributions on the field.

F: Diego Navarrete, UAB: Scored his fourth goal of the season against Indiana on Friday in the final minute of the game to push it into overtime, where the Blazers pulled off the upset.