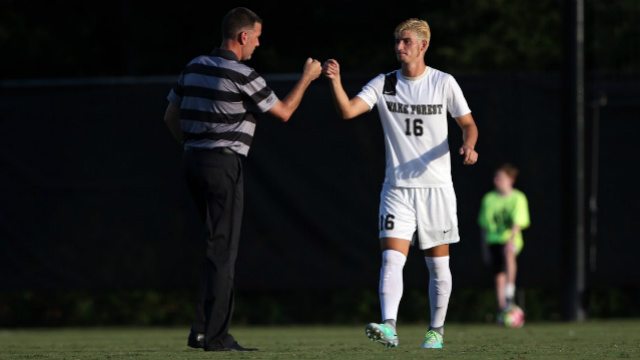 Each week during the men’s Division I season, TopDrawerSoccer.com will take a close look at individual performances from games over the past week. Senior players, potential GA targets and MLS Homegrown players will be the focus. Unless indicated otherwise, all games are viewed on TV.

A strong start to the season continued for Maryland on Monday night, as the Terps offense clicked on all cylinders in the 4-1 victory against a South Florida side that featured a number of seniors on both sides. A red card in the 59th minute put the game handed the advantage to the Terps, which capitalized.

All but one of Maryland’s starting back line featured seniors. Suliaman Dainkeh (D.C. United) and Alex Crognale (Columbus) both come from MLS Academies, and could be in line for homegrown deals at the end of the season. Dainkeh has been up and down during his Maryland career, though he’s started and performed well at left center back. He was solid through 80 minutes, and projects as a left back at the pro level.